Skip to main content
Labels
January 07, 2011
IMAGINE YOU HAVE A FRIEND. 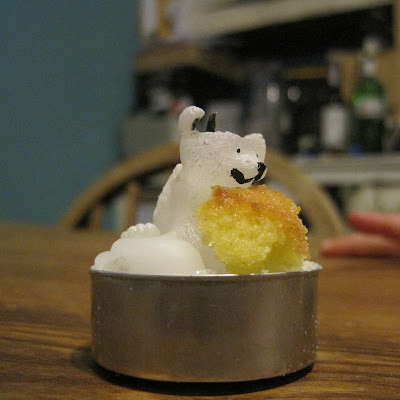 My little blonde bombshell has one.
Holly came to visit us about 8 months ago.
She is not as constant as some children's friends,
I don't have to set a place for her at the table.
But she does make an appearance most days.
Some days she is small enough to fit in his hand,
some days she is the same size as he is.
Some days she is 3 somedays she is 10.
Today we settled on 5.
Because out of the blue and without any forewarning it was apparently her birthday today.
This of course has nothing to do with blondie's own upcoming birthday and his
obsession with cake
(inherited in a direct line from his mother).
The christmas polar bears gladly gave up their brief lives for the purposes of
atmosphere creation. 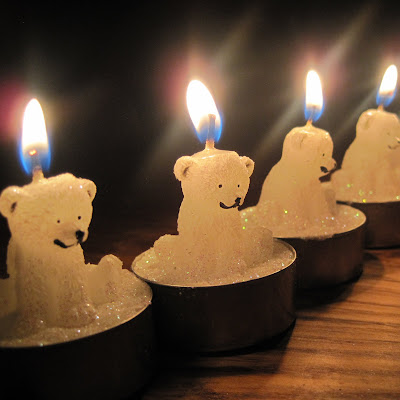 The cakes were made and 5 birthday candles selected.
The lights were dimmed the traditional song sung,
but poor Holly, she just couldn't some how find the puff to blow out the candles.
What to do?
Manfully the blonde one stepped in to the breach and filled his lungs.
And just like that in a puff of smoke all was back to normal.
(ish) 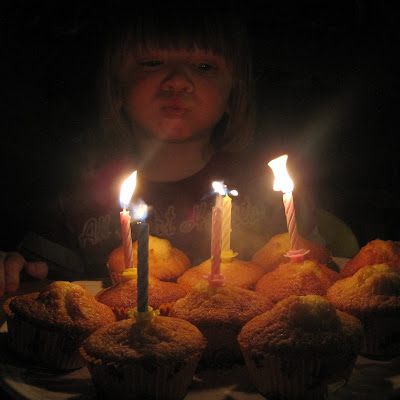 It has to be said that the love of cake is not the only thing he inherited down the maternal line.
For I too once imagined I had a friend.
Her name was Kate.
She was a good friend,a constant friend, a loyal friend,
a friend of many years standing.
Well she was until my father killed her off in a tragic bus accident when I was aged 7.
Such are the burden's we have to shoulder in life.
Love Nora xx
Email Post
Labels: birthdays cakes family life