Skip to main content
Labels
August 04, 2013
H H HANCOCKS HALF HOUR
I grew up in a house hold that loved Hancocks half hour.
We would endlessly watch the re runs of them when I was little.
The Blood Donor was one of our favourites.
So imagine the glee when my father came home with this. 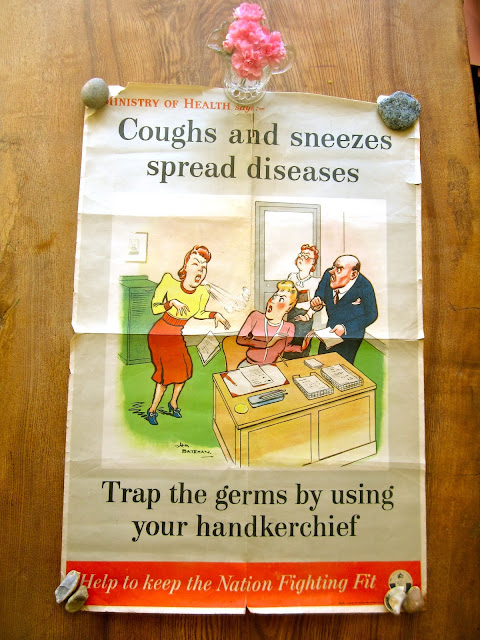 The "Coughs and sneezes spread diseases" song was often given a hearty rendition round our place.
Dad used to work for the DHSS, every morning he would take the train up to London and then the tube to Elephant and Castle where his offices were.
Some time in the 1970s they were moving to new offices. Dusty shelves were cleared, forgotten cupboards emptied.
Some where a pile of these old posters were unearthed.
It was pinned up in our house for years.
Then when we moved to a bigger house on the other side of Guildford it was lovingly taken down and packed away.
And never put up again.
My Mum has moved several times in the last 10 or so years, each time carting the contents of the loft from one house to another without ever looking at it.
Now she is finally sorting out the amassed detritus of our lives and long lost treasure is coming to light and being given a new lease of life.
As soon as we find the right frame this one is going back up on the wall, its too fragile now to be pinned.
What treasures have you rescued from the scrap heap of time?
Love Nora xx
Email Post
Labels: family history