Skip to main content
Labels
March 06, 2012
"YOUNG HEADS TAKE EXAMPLE OF THE ANCIENT"
Queen Elizabeth I in a message to parliament. 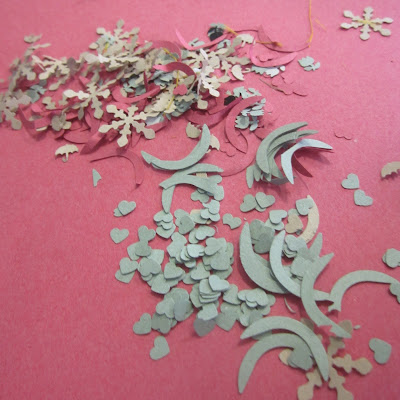 Of all the monarchs England has ever had the first Elizabeth is my favourite.
May be it was the red hair, may be it was the steely resolve, may be it was being a woman in a man's world and doing it bigger and better, may be it was having Anne Boleyn as a mother and Henry VIII as a father.
May be I watched way too much Black Adder in my youth.
Who knows, but she's the monarch for me.
Which meant I was very pleased to be asked to come in to the Ginger Ninja's school recently to hold a workshop with the year 5 students on
Tudor and Elizabethan costume.
After a quick slide show and costume lecture from yours truly we
decamped to the hall.
I had taken in some dress stands and we had gathered a big stash of cardboard, paper, fabric, sticky tape, glue and hole punchers.
And so we let 5M and 5D loose.
I must warn you that this post is heavy on the photos.
But those guys did such an amazing job it wouldn't be fair to not show their achievements properly. 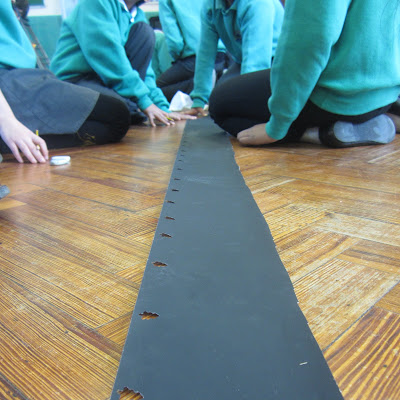 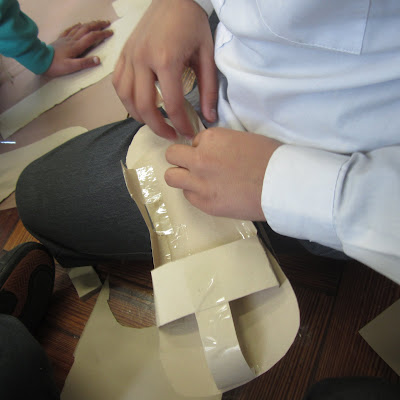 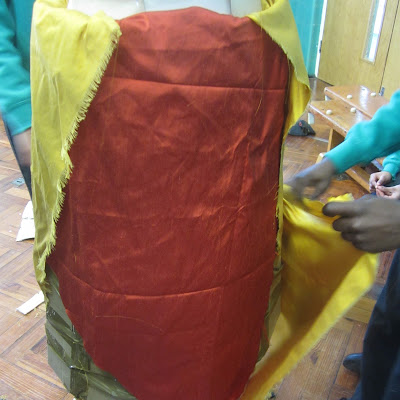 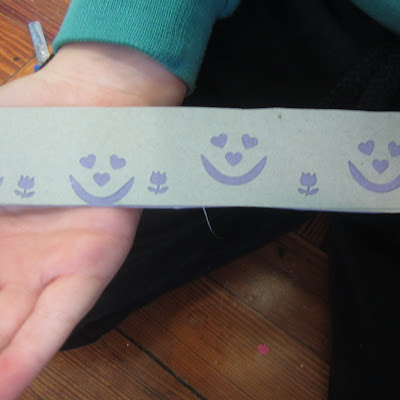 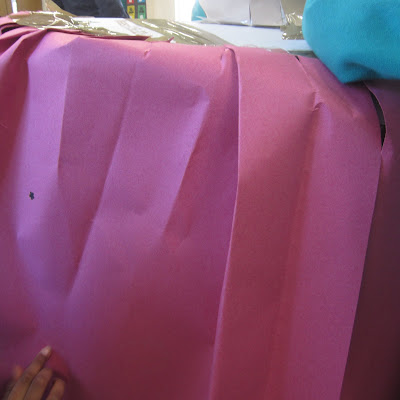 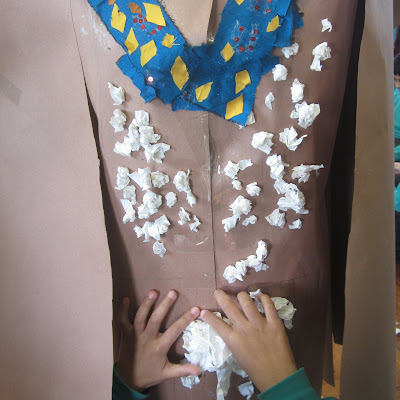 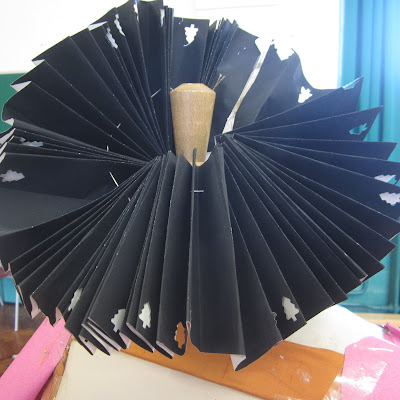 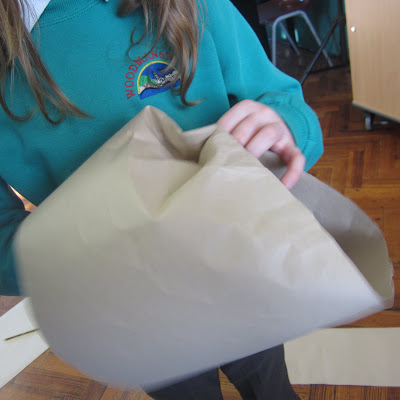 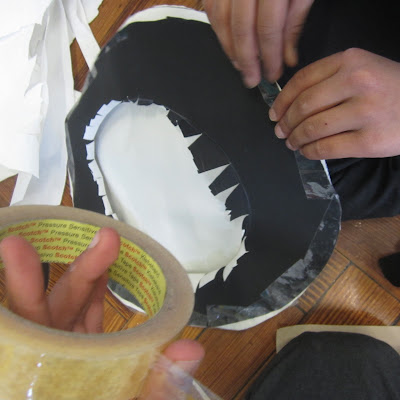 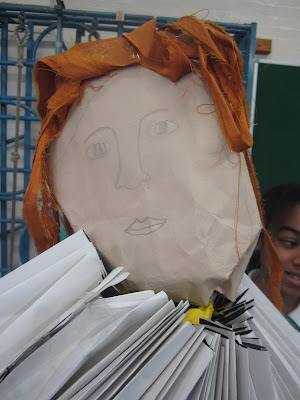 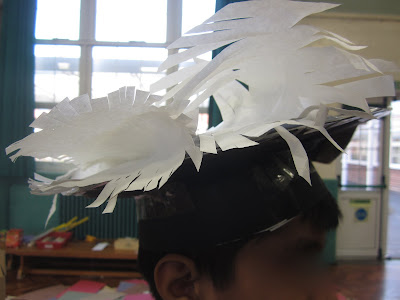 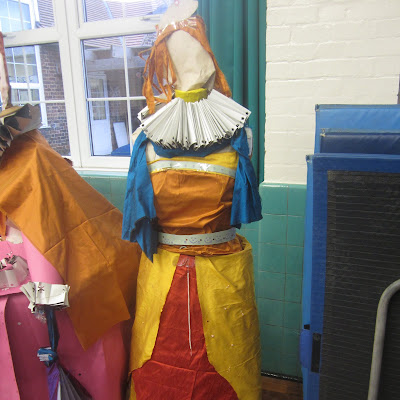 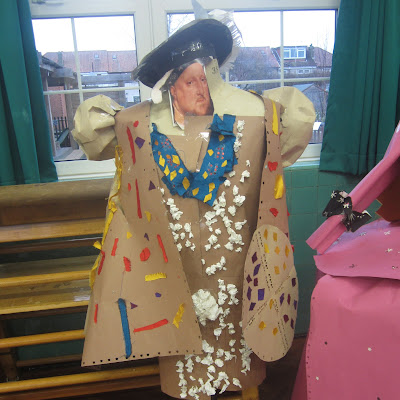 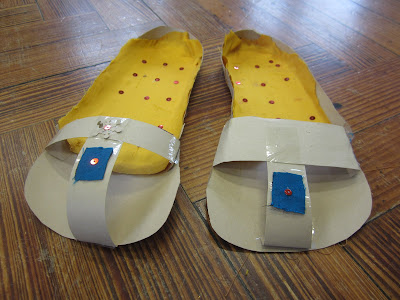 And my favourite thing of the day.
Henry's shoes!
There were over 50 children working hard that day, all day.
They were all so creative and clever.
They worked amazingly in 3 teams to create these fantastic paper sculptures.
They solved problems and worked with numbers in new and unusual ways.
Making a ruff isn't all about frilly ruffles you know!
We all had the most fantastic day, and every one in the school was blown away by what the children had achieved.
I wish I had had this much fun when I was at school.
And not once did I have to say
"Off with their heads!"
Well if you have made it to the end of this post I want to say well done!
I thought today was going to be a brief departure from the current theme of
a hand made life.
But as I look at all the pictures I realise I was wrong.
Love Nora xx
Email Post
Labels: costume eliabethans hand made life hands school craft tudors