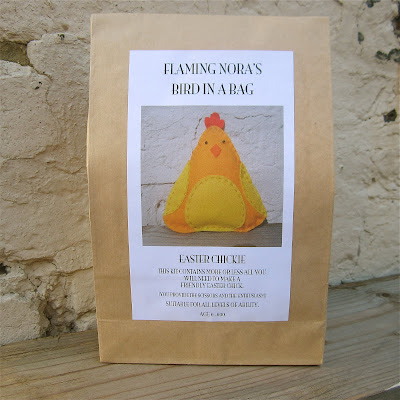 Some times I wonder what I am doing here.
Flaming Nora takes up so much of my time and head space.
Time and head space I could be lavishing on the boys and the Hippy.
Though in reality the day job creeps and expands in to all available spaces both physically and mentally.
My day job is demanding.
Its challenging and inventive at its best, and at its worst its routine and repetitive.
I'm lucky I have a very interesting day job. One many people would give their right arms for, but after well over 20 years it is just a job.
So I invented Flaming Nora.
Being here wittering away is fun,
I love the connections and friendships I have made,
it makes me feel wonderfully supported and encouraged in all my crafty endeavours.
But it isn't what puts the bread on the table and keeps the wolf from the door.
So I have had to make some decisions, some have made them selves and some have taken more thought and planning.
Basically old Nora needs to start paying her way or there won't be a place for her at the table any more.
It will be hard, but probably no harder than it is at the moment.
I hope that eventually I can find a more even balance between Nora and day job.
May be (here she holds her breath and says it only in a whisper)
I won't have to take on those annoying rush jobs.
The ones that are a pain in the bum but pay really rather well.
Or even those really boring ones that also pay rather well.
I'm sure that time is a way off yet, but...
So I have decided to concentrate on the kids sewing school,
holding classes more regularly in an inspiring venue.
You can read about the next one here if you want.
I've also decide to concentrate on these too. 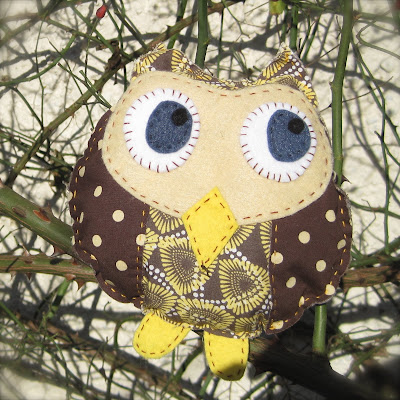 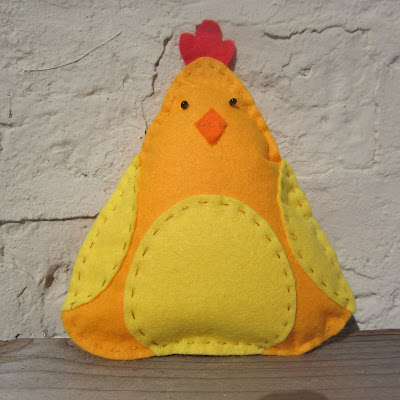 Actually this was the point of the post and I seem to have gone off on a moan about who knows what.
SEWING KITS! 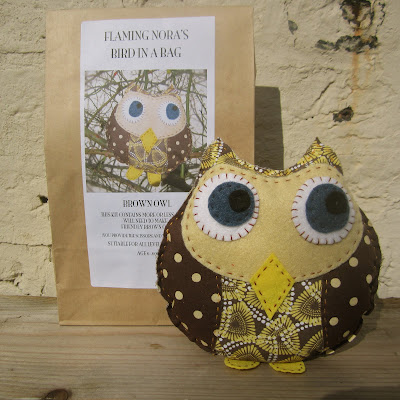 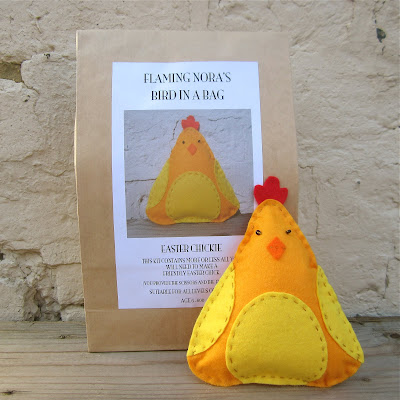 but have ideas for many many more.
The Owls have been hanging about in my head for a couple of years now, so I'm very glad they have finally hatched and are about to fly the nest.
The Chickies were just a natural development from my last sewing class.
Both kits contain detailed instruction and patterns, enough fabrics to make one bird and pins, needles and threads.
They are suitable for all levels of ability and any one over the age of 6.
Though I suspect that many under 6's would make a fantastic job of it,
but would need a bit of adult help.
What I am aiming for is a kit the whole family can enjoy,
together or separately,
boys, girls, Mum's, Dad's, Grannies, Granddad's, Auntie's next door neighbour's dog.
You get the picture.
Both kits are available here.
Pop over and take a gander.
Well thats enough of both the moaning on and the shameless self promotion for now.
Se you soon.
Love Nora xxxx
Email Post
Labels: sewing kits