Skip to main content
September 02, 2012
DISASTER!
Oh no, oh dear.
We have had a terrible tradgedy.
Only those who have been with me from very early on will remember Wonky. 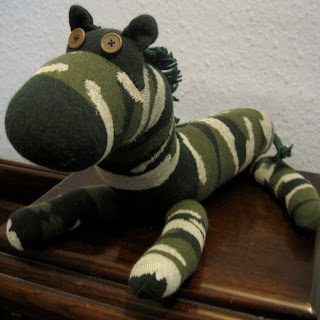 Some of you may remember his cousin,
Flaming Wonky of Death, that I made about a year ago.
But Wonky is much older than that.
He was supposed to start out as a giraffe, but it just wasn't happening, so he became Wonky.
Some how last night Wonky unbeknownst to us was left out in the garden.
This morning at about 5 am we woke up the the sounds of a very excited fox mullering something in the garden.
We have no chickens, the cat can take care of himself, I turned over an continued snoring.
When I finally emerged some many hours later the Hippy broke the news, Wonky had bought it. 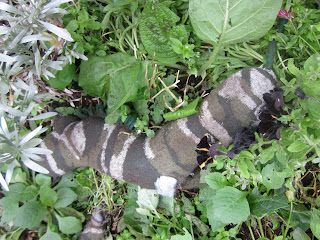 Thats it I thought there is no coming back from this one.
But the Ginger one pointed out we must not give up so easily.
3 of the 4 limbs were found, a faint pulse can be detected, we could resurect him.
It is after all the paralympics.
If Oscar Pistorius can run like he does with no legs, then Wonky can manage on 3. 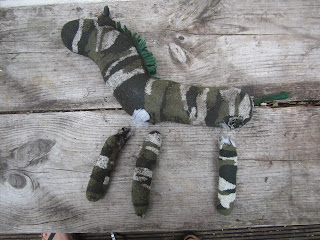