Skip to main content
Labels
December 17, 2010
I DO SO LOVE A CHRISTMAS TRADITION DON'T YOU? 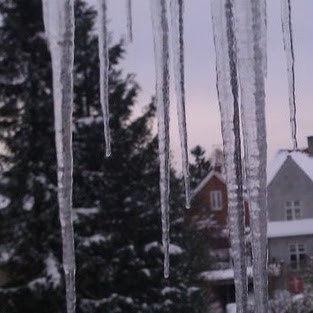 Every family has them,
we are trying to forge our way and make some of our own with the boys,
but I guess the best traditions are the ones that just happen.
For some reason, personally I blame the waft of the Kaftan and the slip slap of the leather flip flop, growing up my family had some strange traditions.
The kind you only realise are odd when you leave home,
go to college and drunkenly start telling all your new friends about them,
to be met by giggles and a bemused silence.
As I said I blame the kaftans.
The first was that we never and I mean NEVER wrote a letter to Father Christmas.
We always from the beginning of December onwards called up the chimney.
Every night, after night after night.
Apparently once you are in December the great man is ever vigilant
and always doing his rounds.
He listens down the chimney to hear if you are being good little boys and girls.
So if you lean over and tell your Christmas wishes to the fire place,
chances are he will be up there with ear cocked. 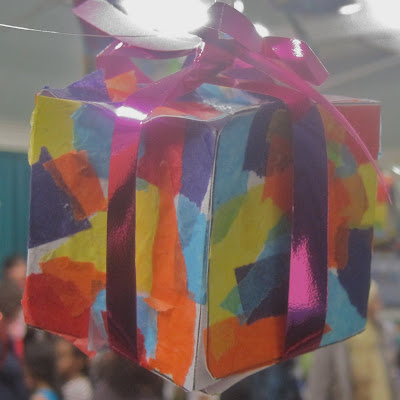 "Please Father Christmas, I have been a good girl all year"
(agitated coughing from one or other parent)
"I have done all my jobs"
(frantic rustling of kaftan)
"and haven't fought with my little brother at all"
"He knows if you're lying you know"
"DAAAAD!"
"Hurumph"
"Any way I would really really like every single Sindy doll thing ever made please.
Oh and a girls world"
Now you see I thought every one did this,
and I would be very happy to know that we weren't the only bunch of odd balls out there. 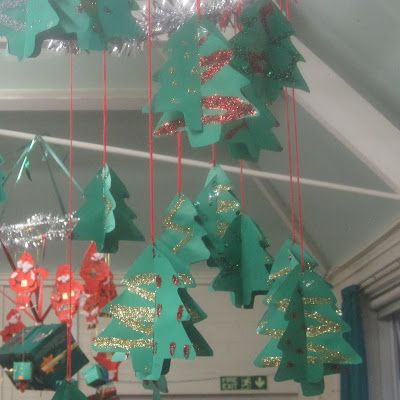 But things can only get stranger.
A few years ago I had in my employ a whole Bevy of beauties of a global nature.
But pertinent to this story are
a flame haired Viking, and a clog dancing American.
In one of those rambling don't you just love Christmas conversations that we all just so love at this time of year,
some one asked the clog dancer what she left out on
Christmas eve for Father Christmas,
"Milk and cookies!" she replied
and promptly became indignant when we all fell about laughing,
"That is SO American!" some one was prompted to say.
"Well what do you leave out?" she replied and claimed the sherry and a mince pie was just SO English.
At this point the Flame haired viking piped up, "well we have to leave out a bowl of red rice porridge"
"!"
"Well you have to you see, you leave it out for the gnomes as an offering, otherwise they come and interfere with your livestock"
Gnomes! Gnomes! what is Christmassy about Gnomes, any self respecting person knows you have ELVES at Christmas.
A lively and slightly heated discussion ensued
which resulted in me doing an elf dance all the way up the corridor
just to prove my point.
But over that we shall draw a discreet veil. 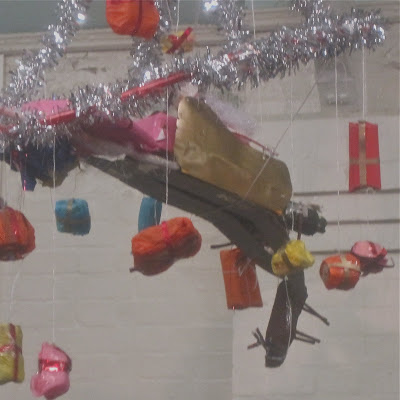 But then it came my turn to fess up.
You see we didn't leave sherry and mince pies out for Father Christmas,
oh no, we didn't leave out cookies and milk
and neither did we leave out red bloody rice porridge,
what ever the hell that is.
We left out a saucer,
yes a saucer,
of hay and a carrot for Rudolph and all his friends.
Lean pickings over at the Hippie woman's house thought our antlered friends. 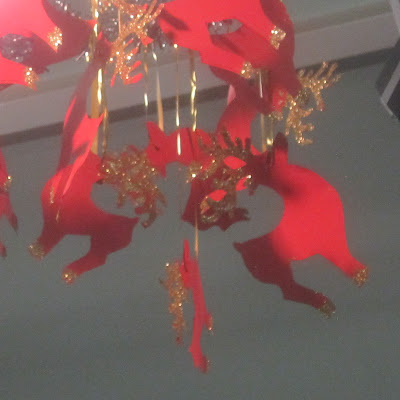 And thus we lived in blissful ignorance until some time in the late 1970's, a life full of shouting at chimney breasts and tiny and unfulfilling meals for reindeers.
Then the fateful year came.
Christmas morning started early, and after an excited hour snuggling in between our hungover parents comparing our hauls,
the younger sibling and I decided it was time to go and check on the hay situation.
Only when we opened the front door the carrot was still in pole position, but it would seem the hay had thankfully gone.
Until that is the younger sibling piped up
"Mummy why is the hay in the hedge?"
While at the same time we could hear the scurrying of a slippered foot and hasty slamming of the back door.
Yes that's right folks,
Father Christmas had sprinted out the back door
throbbing head clutched manfully between is hands
and eyes hardly focusing
had flung the offending hay as far as he could
whilst Mummy Christmas played the whole
"I wonder why the door is stuck today" routine for all its worth.
Unfortunately for all four of us the wind was blowing in the wrong direction and the hay flew straight back in to view.
As I said I blame the Kaftan.
Here's to hoping your Christmas traditions are as bonkers as ours were.
And if you were wondering the photos are of christmas decorations made by the children and the ginger one's school.
Except for the icicles.
Thats the view from the little brother's window up there in the frozen north.
Nora xxx
Email Post
Labels: christmas family life traditions