Skip to main content
Labels
November 07, 2010
ROUND UP!
Some times life is so full and so busy every thing non essential gets put on the back burner.
Some times you have to cram more than one thing in to the same place at the same time to make it all work.
Sometimes at the end of the day all you can do is stare vacantly at the television for a while and then fall in to bed.
So in the spirit of all of the above I have decided to have a round up.
There are lots of little and big things that I have been meaning to put here for sometime.
Big breath, so here goes.
The first is to do with a really intriguing challenge set out by LolaNova.
Take a self portrait of your self every week and post it on your blog.
Its a mad idea that the more I think about it is all the more appealing.
When I started this blog I set my self some rules, anonymity was one of them, for reasons too boring and convoluted to properly explain I felt I needed to be slightly anonymous, so no pics of me (this has been broken, but rarely, until now) and a pseudonym (not broken), no full face pictures of the kids (broken) and pseudonyms for them too (not broken).
But there you go rules are only there to be broken.
This picture is probably not entirely in keeping with Lola's challenge, but then I like to bend the rules, and not only has it been making me laugh since Halloween, but it sort of keeps in with the anonymity thing, just. 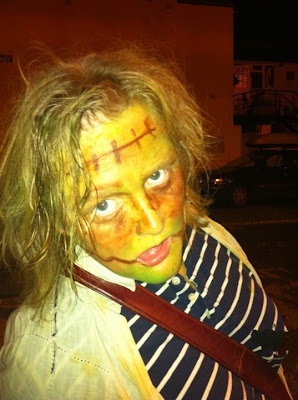 How is that for a self portrait? He He He.
The second thing in my round up is to show off what my clever little darlings have been up to. 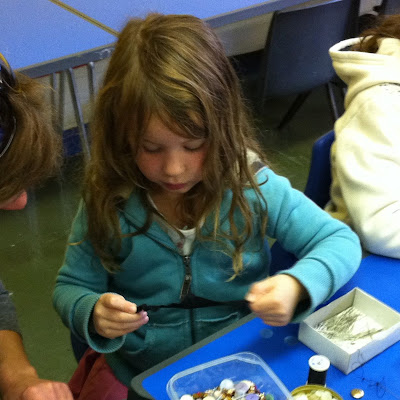 Spooky, scary and spine chilling, they sure went for it.
This was my first anniversary children's sewing workshop, can't believe I've been doing them for a year now!
The children never cease to amaze me with their creative skills and ability to look at things from a different angle.
I had a few new faces along this time and it was great to see them
jump up and join in with the spirit of the day. 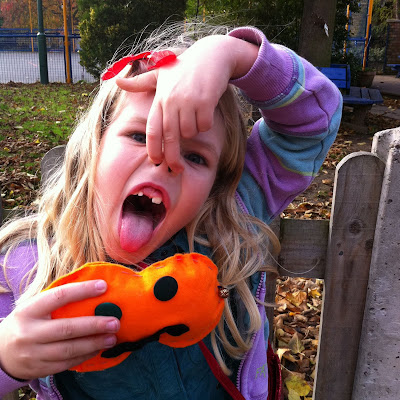 As ever watching the boys work was my favourite bit of the day. 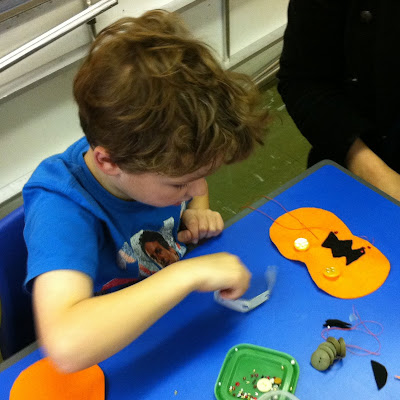 And so to the rougues gallery, as ever there are loads more pictures of the little halloween horrors on flickr so click on the link on the right and all will be revealed. 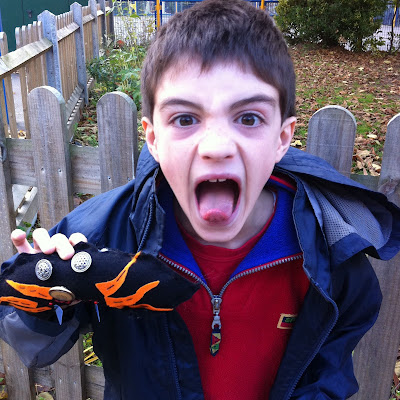 Edan and his bat out of hell. 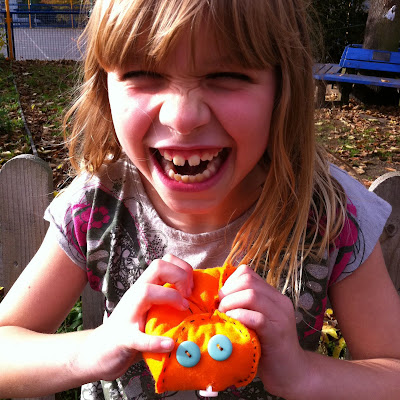 Pheobe and her 3d pumpkin 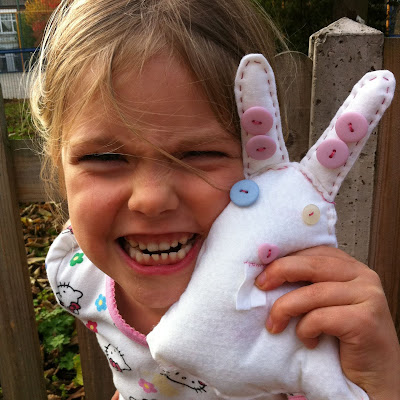 Matilda and the ghost bunnie 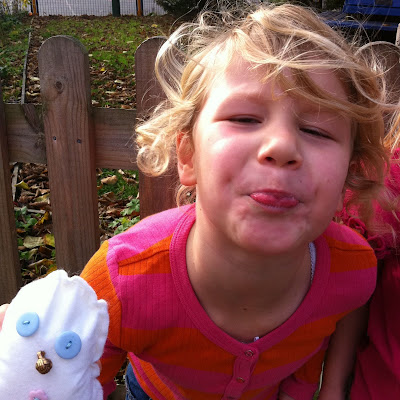 Emily and the pastle ghost. 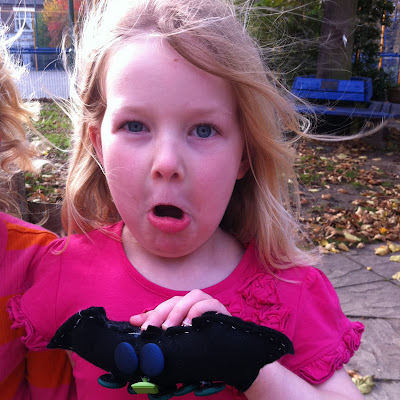 Esme and her bat, but which is scarier? 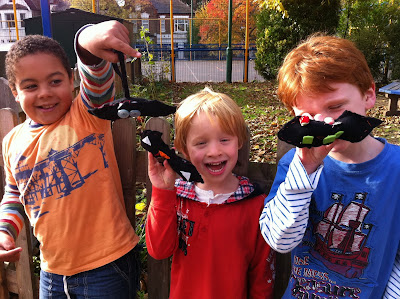 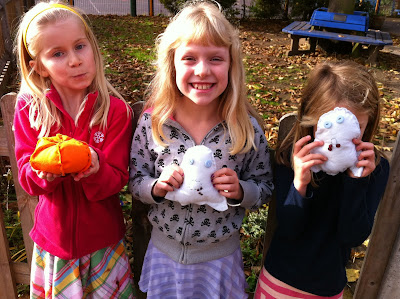 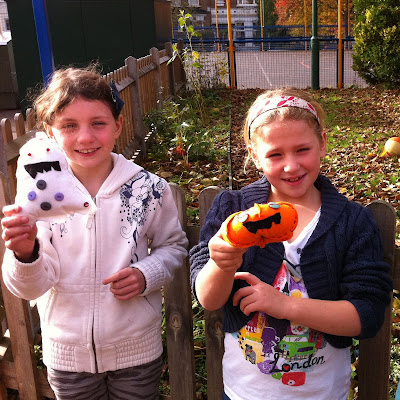 two newbies with their blood chilling creations.
And finally before this round up draws to a close
I just want to let you know all about this.
A lovely postcard swap that I have signed up for, lots of ideas milling about in my mind as to what to do.
Hope all your lives are not quite as hectic as mine is at the moment.
Live long and prosper.
Love Nora xx
Email Post
Labels: children's craft postcard swap self portrait