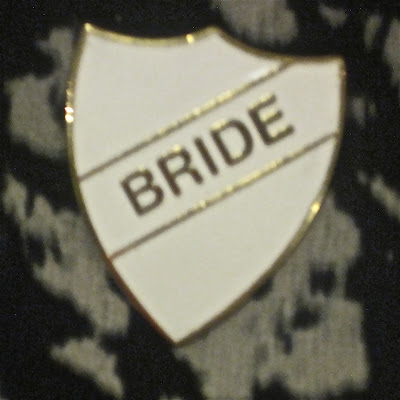 AND THE COLLECTIVE NOUN FOR BRIDES IS.....
This is one of the many vital questions buzzing round my head this week.
A blushing? An anticipation? A nervousness?
And the reason for this wondering on my part is that its been all about the brides for the last couple of weekends in Flaming Nora land.
Not one but two Hen do's, and a whole heap of fascinators, a frivolity of fascinators?
Certainly an excitement of Hen's.
Both in the same location 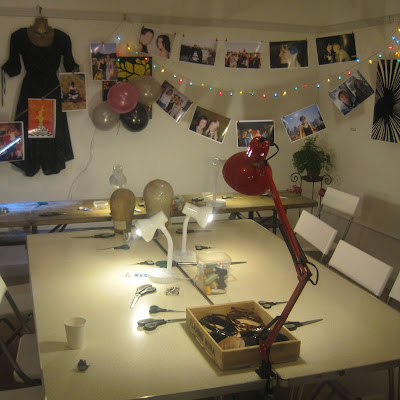 both making the same thing 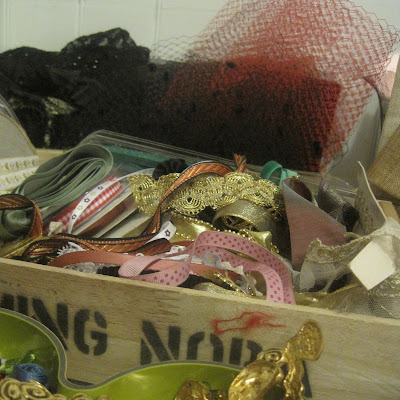 but both so very very different.
The first, Hannah's, was full of larger than life characters, laughter, glitz, paper roses and prosecco.
Nana was a joy to work with, and made me laugh so much. 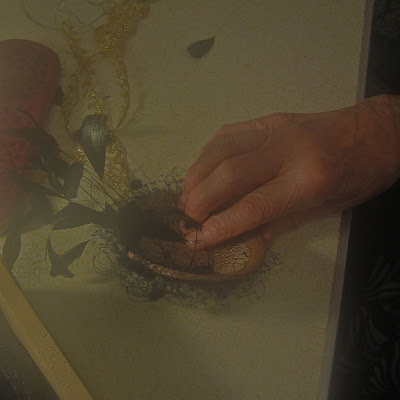 This reminds me of the Bill Wither's song "Grandma's hands"
She couldn't even thread a needle you know.
Or so she kept telling anyone who would listen, but I knew different.
Every one can be creative, they just don't know it yet!
The Aunties fretted that what they made wouldn't go with their sari's but made beautiful things 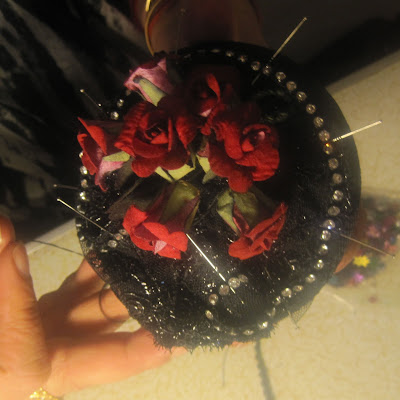 And every one else really entered in to the spirit of the occasion and made some wonderfully overstated little numbers. 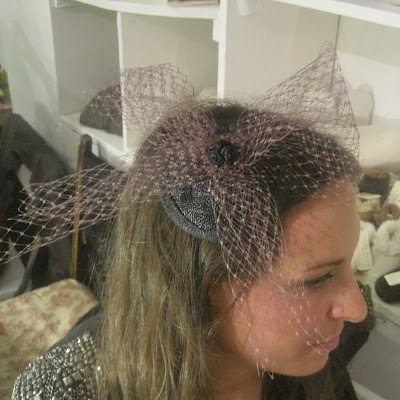 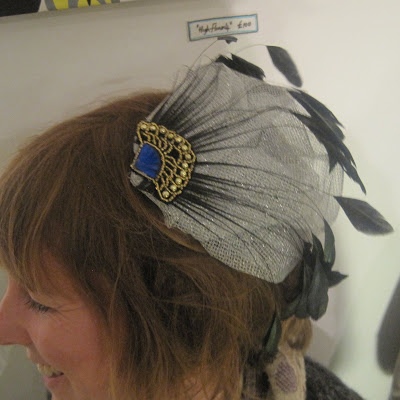 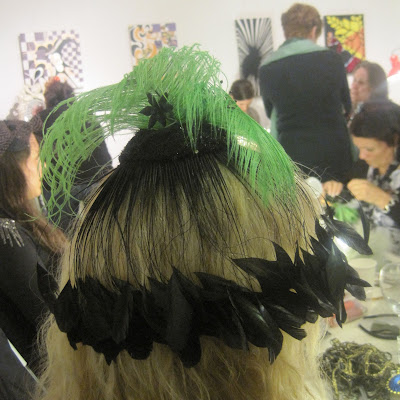 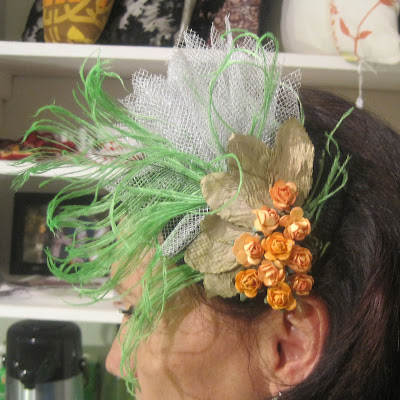 At the second, Rachel's, much prosecco was also drunk, though light on the flowers and heavy on the feathers and veiling.
Right at the beginning one of the Hen's asked me if I had any photos of things people had made in previous workshops.
I rather enjoyed the worried look on her face when I explained that I didn't ever bring pictures along as that would stifle their creativity and they would end up making copies of the things they saw.
The look of disbelief was total, but thankfully they all decided to trust me and equally
thankfully I was proven right.
Just look this selection of what they created. 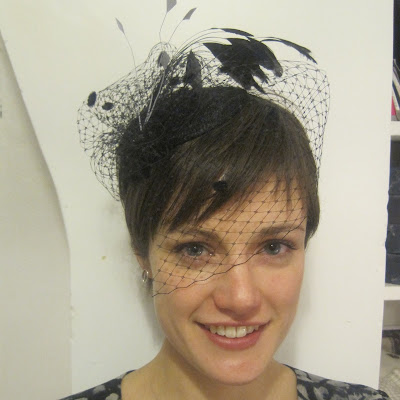 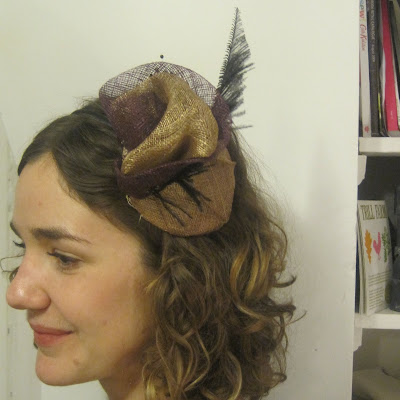 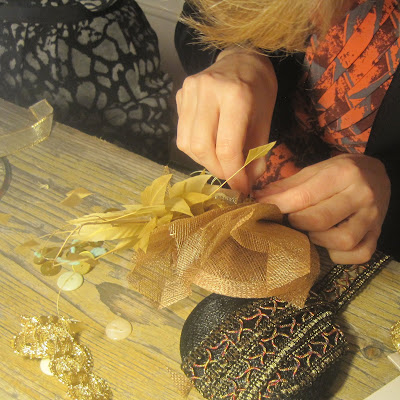 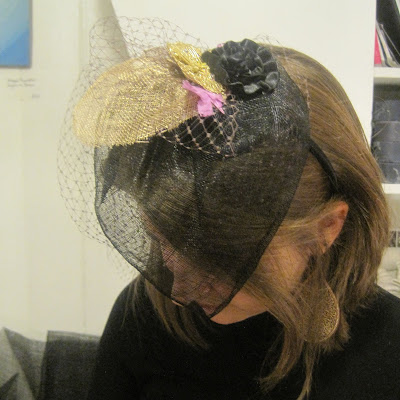 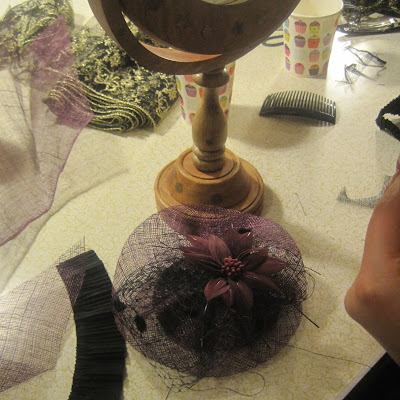 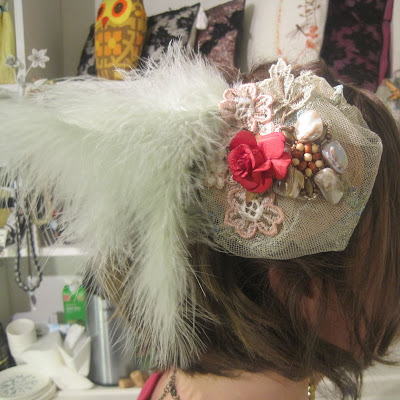 If you are interested there are lots more photos of both the events on flickr, just click the link on the right.
I thankfully had my glamourous assistant Hayley with me at both workshops, or I think we would all still be there now finishing off the creations.
I start the workshops by introducing myself and the glamourous one and then go on to say a little bit about what we are doing. 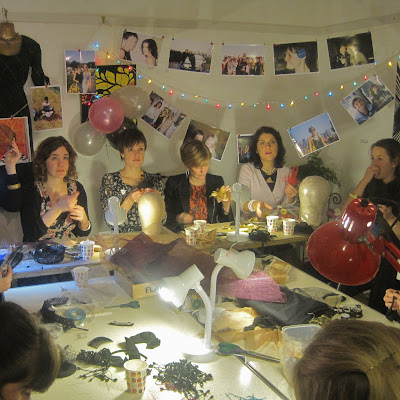 I got as far as "... and we are here to help you make your fascinators" when there was a squeal and clapping of hands from the bride to be on Saturday. It was at this point we realised Rachel had no idea what the days activities were going to be and had thought they had come in to the shop because it looked an interesting place to have a root about in before going on somewhere else!
Any way I just wanted to say
Thank you Hannah.
Thank you Rachel.
Thank you Nana.
Thank you Aunties and
Thank you Hens.
I have had two great weekends with you all.
Good luck for your winter weddings.
Love Nora x
Email Post
Labels: bermondsey fayre fascinators hen do