Skip to main content
Labels
November 16, 2010
"BY THE LIGHT OF THE MOON
A LITTLE EGG LAY ON A LEAF"
Yes people thats right we are talking caterpillar's here.
Very hungry caterpillars to be precise. 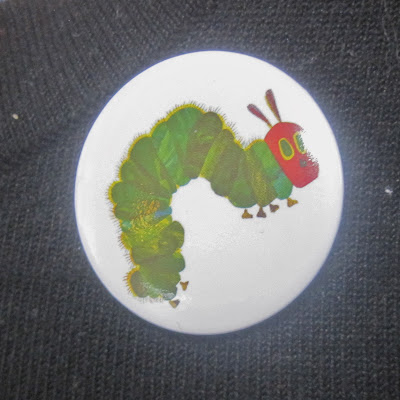 Last Wednesday was a cold and clear morning is this sleepy sunny corner of south London.
Who knew what was about to happen?
I thought I knew it all.
Ruth knew most of it.
The blonde bombshell and about 20 odd other little ones had an inkling.
Not so long ago I had an idea, a little idea, a germ of an idea.
It grew, as these things do very very quickly, and became a big fat idea.
I put it to Ruth who runs Tot Spot our local play group, she loved it, lots of mum's offered to make cakes and the lovely Caroline volunteered to face paint.
For some time I have been becoming increasingly interested in the idea of getting really young children to sew.
The youngest I have ever had in one of my classes was only 3.
But then back in september I ran a drop in session as part of the Bermondsey St festival. At which lots of mums turned up with under 3's in tow. I was so surprised at what they achieved, It was an avenue just screaming to be explored by Nora, so I did.
Who doesn't love Eric Carle and his beautiful books?
One evening while reading "The very hungry caterpillar" to the blonde one I realised the solution to my ponderings and musings.
Fast forward to last Wednesday.
The Tot Spot butterfly and caterpillar morning arrived. 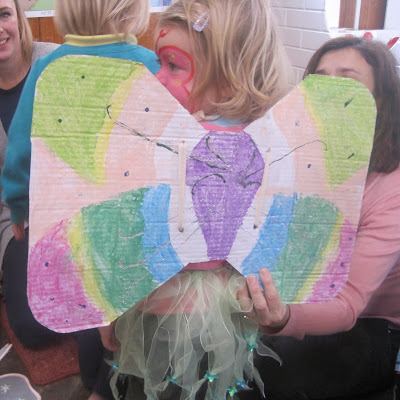 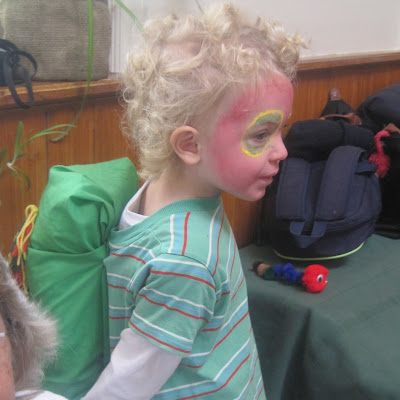 The children came dressed up 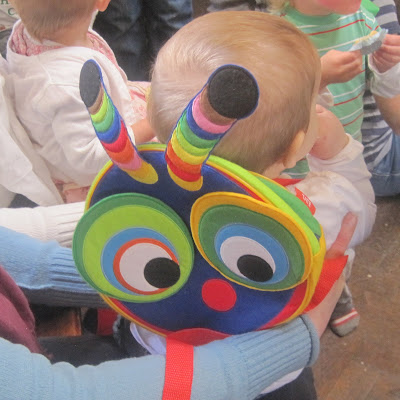 Had their faces painted 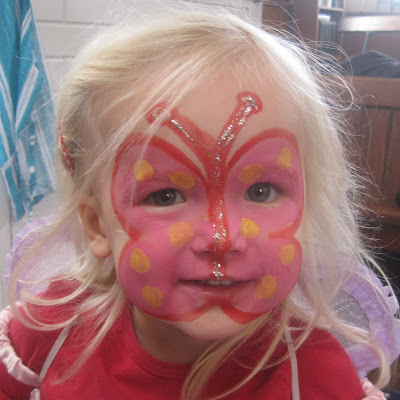 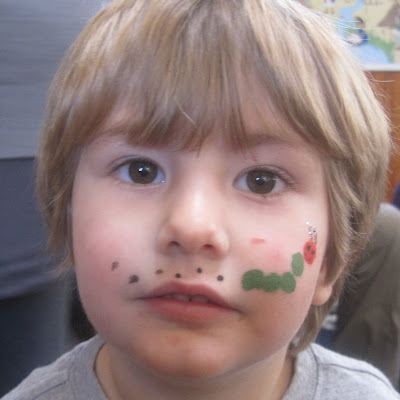 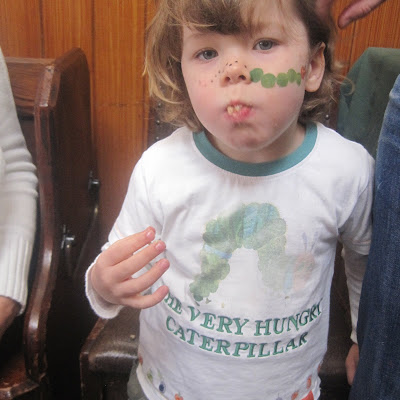 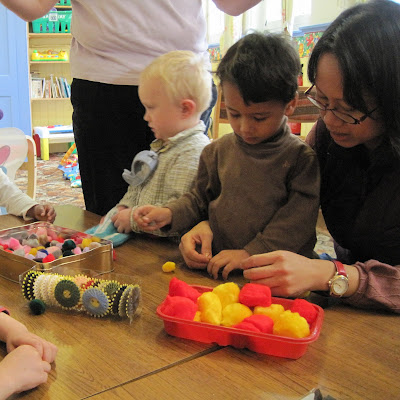 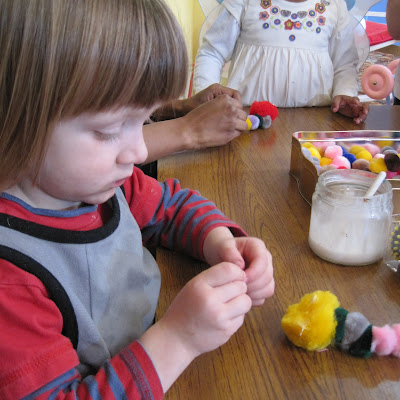 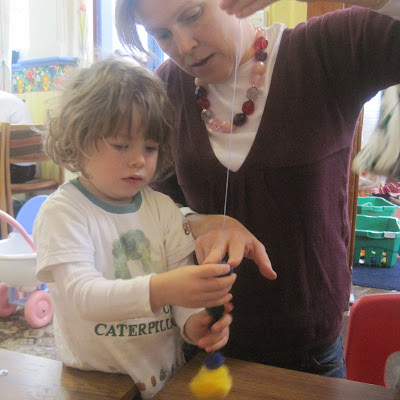 We made caterpillars out of pompoms and oggly googly eyes. 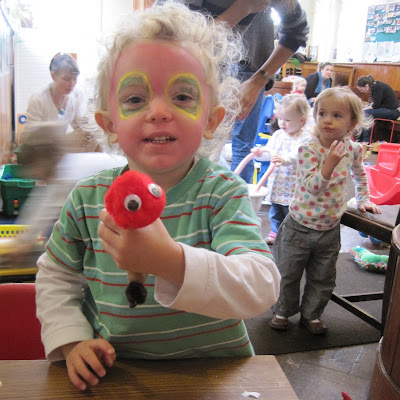 Which the children then used to help tell the story.
Ah yes the story!
That was my favourite bit.
I had rehearsed it on my two darlings, I had planned it, I had worked out what I wanted to have happen when and how.
But I now realise how naive I was!
It started according to plan 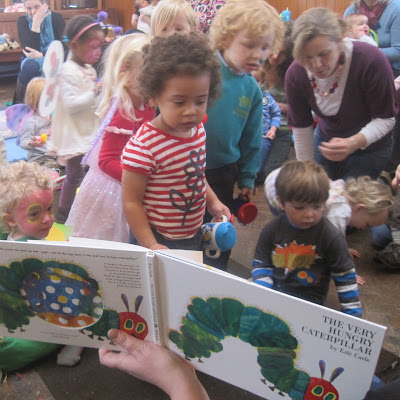 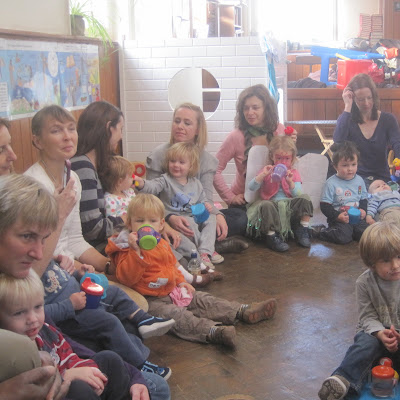 but then the children picked it up and made it their own.
Brilliant, a huge gaggle of pre schoolers all crowding in trying to get the closest 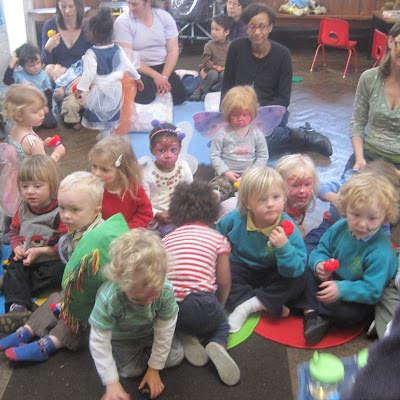 shouting out the loudest 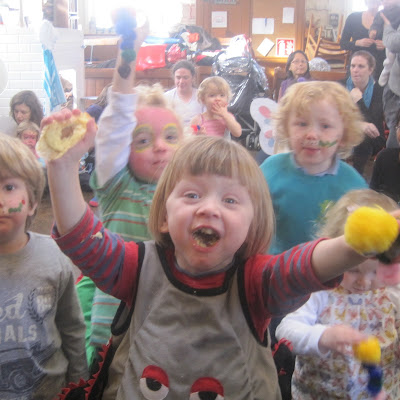 waving their caterpillars the highest 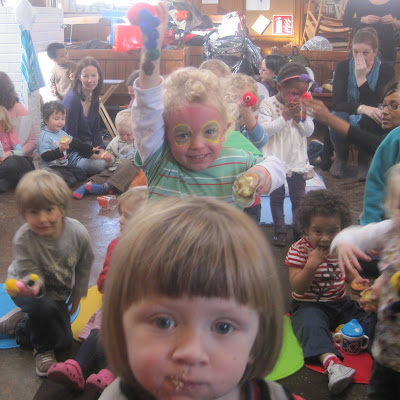 eating the most apples, pears, plumbs and strawberries. 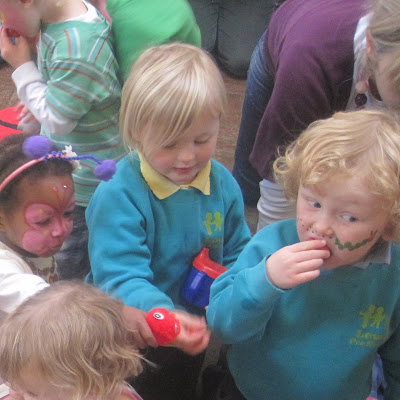 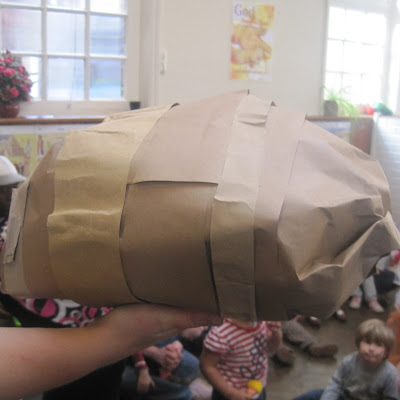 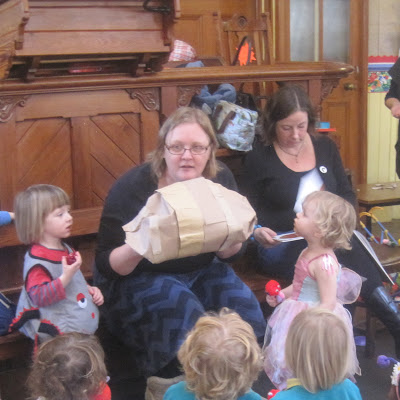 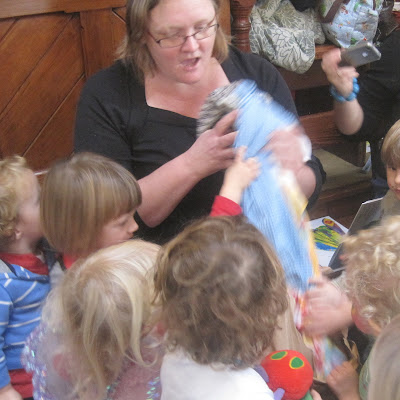 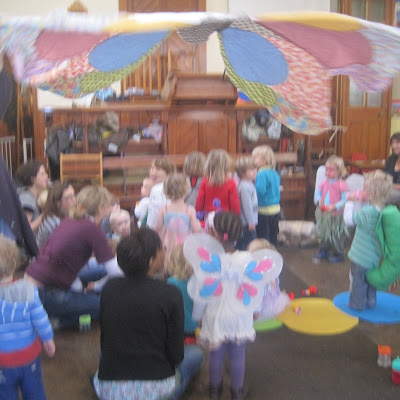