In November last year I did a spot of crochet for remembrance.
A small yarn bomb project on the sea front in St Leonards.
Time passed and I became very busy.
I went down to see the installation a couple of times when it was first put up and was very pleased that most of the poppies had been taken.
But I actually hadn't been down to that particular spot since then, until Boxing day.
There were still a few windswept poppies left. 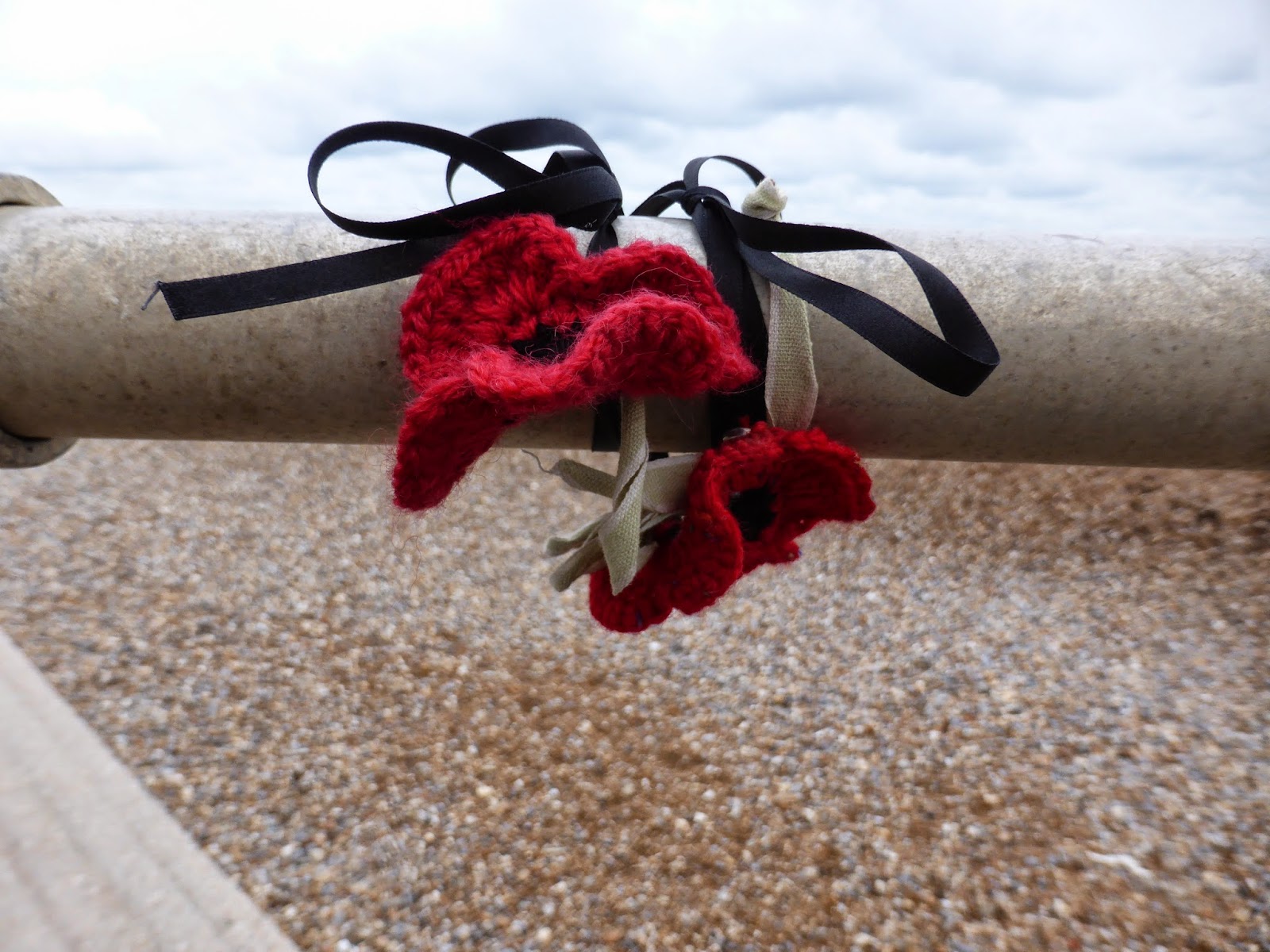 I decided to take them down, there is nothing worse than a forlorn looking yarn bomb that is past its sell by date.
What to do with them though?
Currently they are in a pot in my workroom.
Then my friend Sally told me what she is up to and I just knew what to do.
Sally is one of the original Ninja Knitters, a yarn bomb group we founded in Streatham almost exactly four years ago.
It was so much fun while it lasted, we achieved some amazing things, a knitted full size car to name but one. The link to our film made by Cristina one of the Ninja Twos is in the side bar.
But eventually it was all too much. The Sally, the other Ninja two, moved home to New Zealand, Jane, Ninja Three, ran away to a new life in Venezuela, I, Ninja One developed a bad case of tennis elbow and had to take a year off. Other Ninjas started new jobs, became too busy, wanted to do some knitting for them selves.
It was time to call it a day.
I stopped posting in our facebook group and hung up my hooks.
Recently I have started hooking again and even took part in a big project during the summer, but it was a little too much. The remembrance poppy project is just about at my level these days I loved it.
Back to one of the Ninja Twos, Sally, she has been keeping the flags flying on the other side of the world and has been more productive than I.
The other day I saw this on facebook. 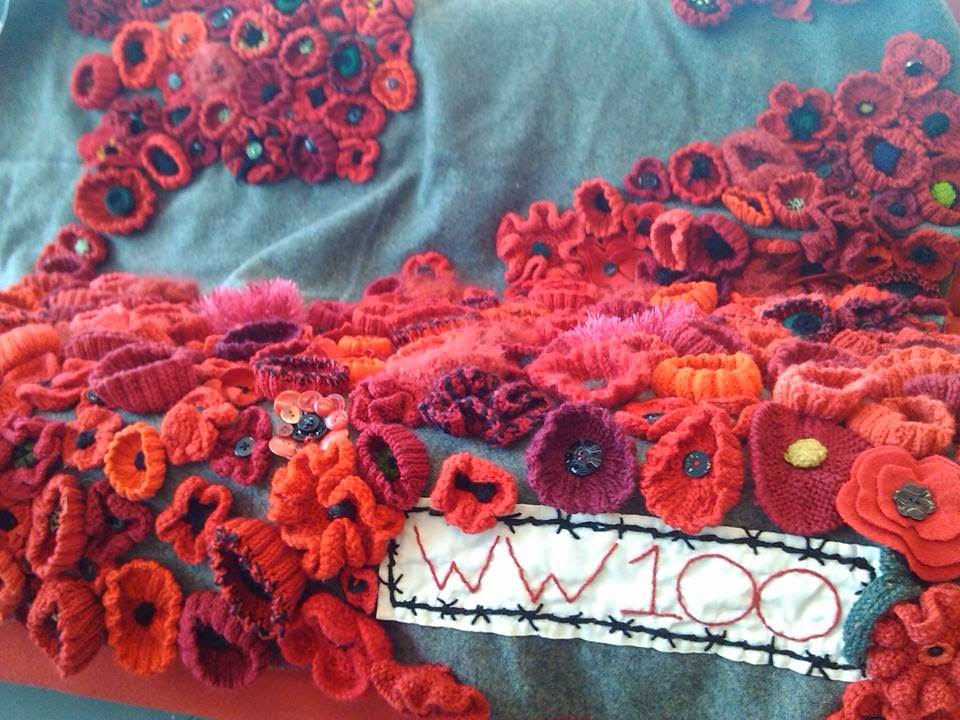