For a while now I have been collecting bit of old rusty metal every time we go wandering in on the beach. 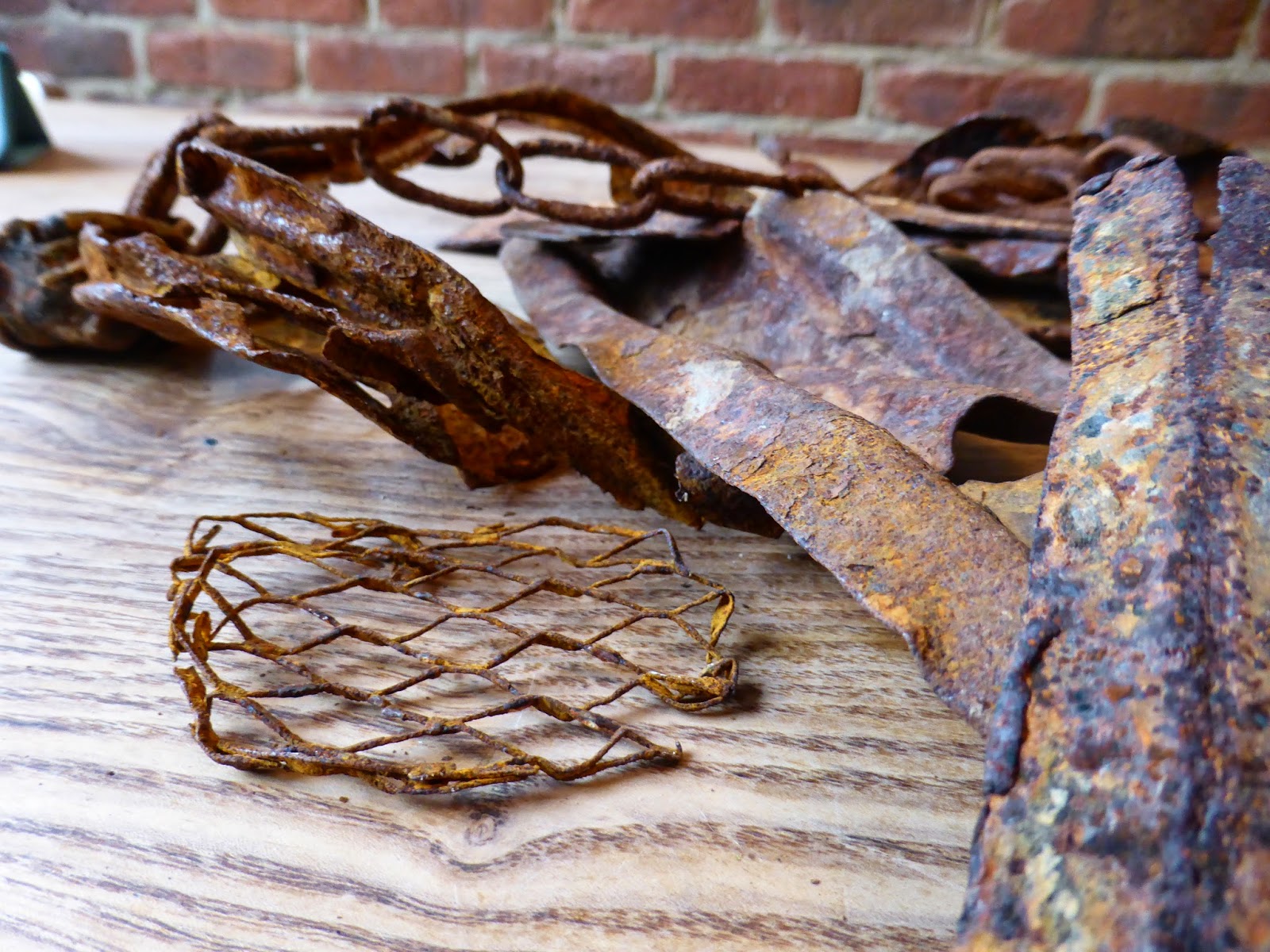 I've also been collecting the nails that are left in the ash pail when the fire is raked out.
One of the perks of living with a carpenter is that he brings all the wood off cuts and discards home at the end of the day.
This is our second winter with a wood burner and we are yet to buy and fuel for it.
Currently he is working in an old house, so the nails from the rafters are a couple of hundred years old and have a really pleasing hand forged shape. 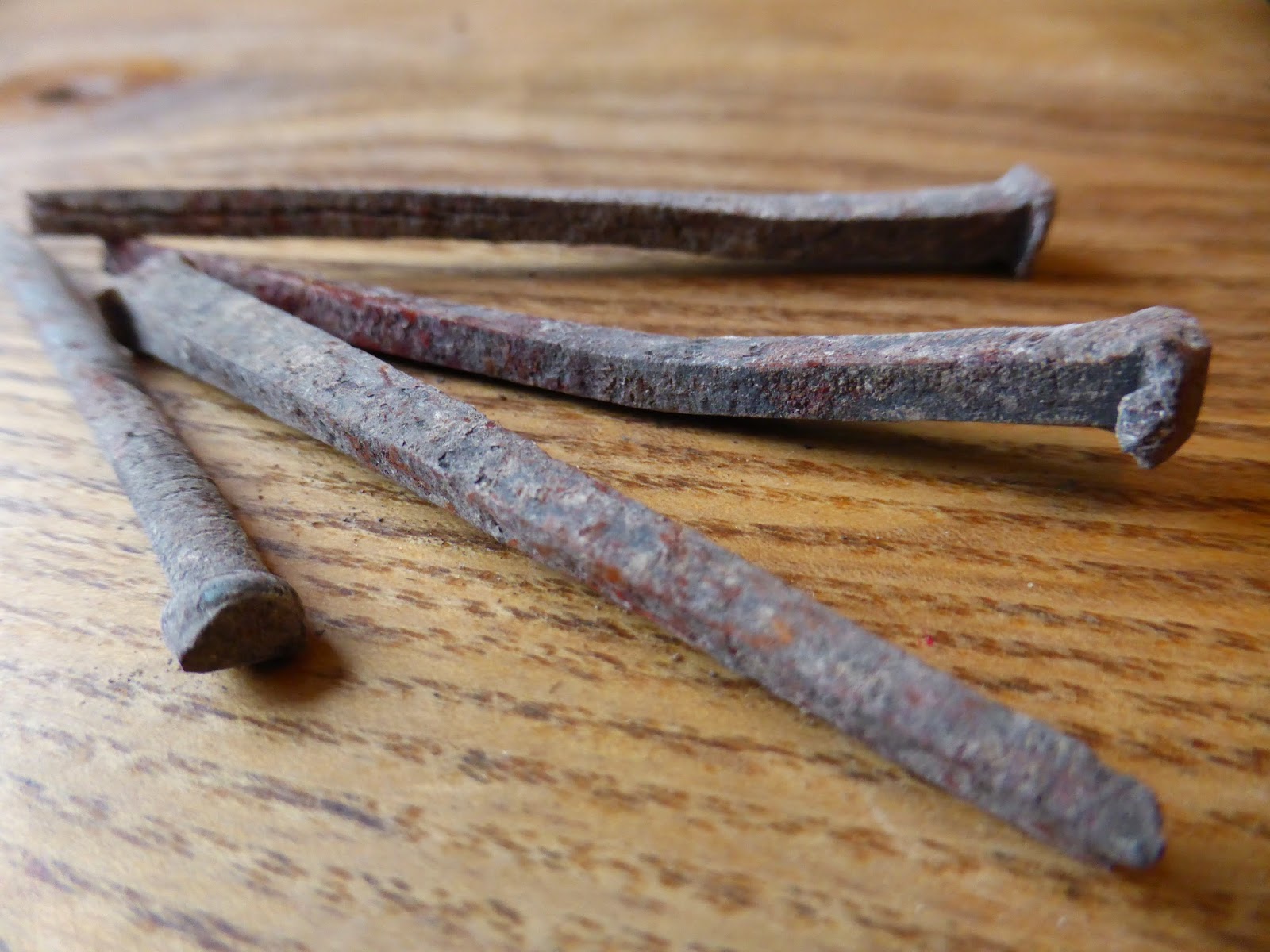 Last week I spent and enjoyable time wrapping the rusty bits in fabric scraps and soaking them in a water and vinegar mix. 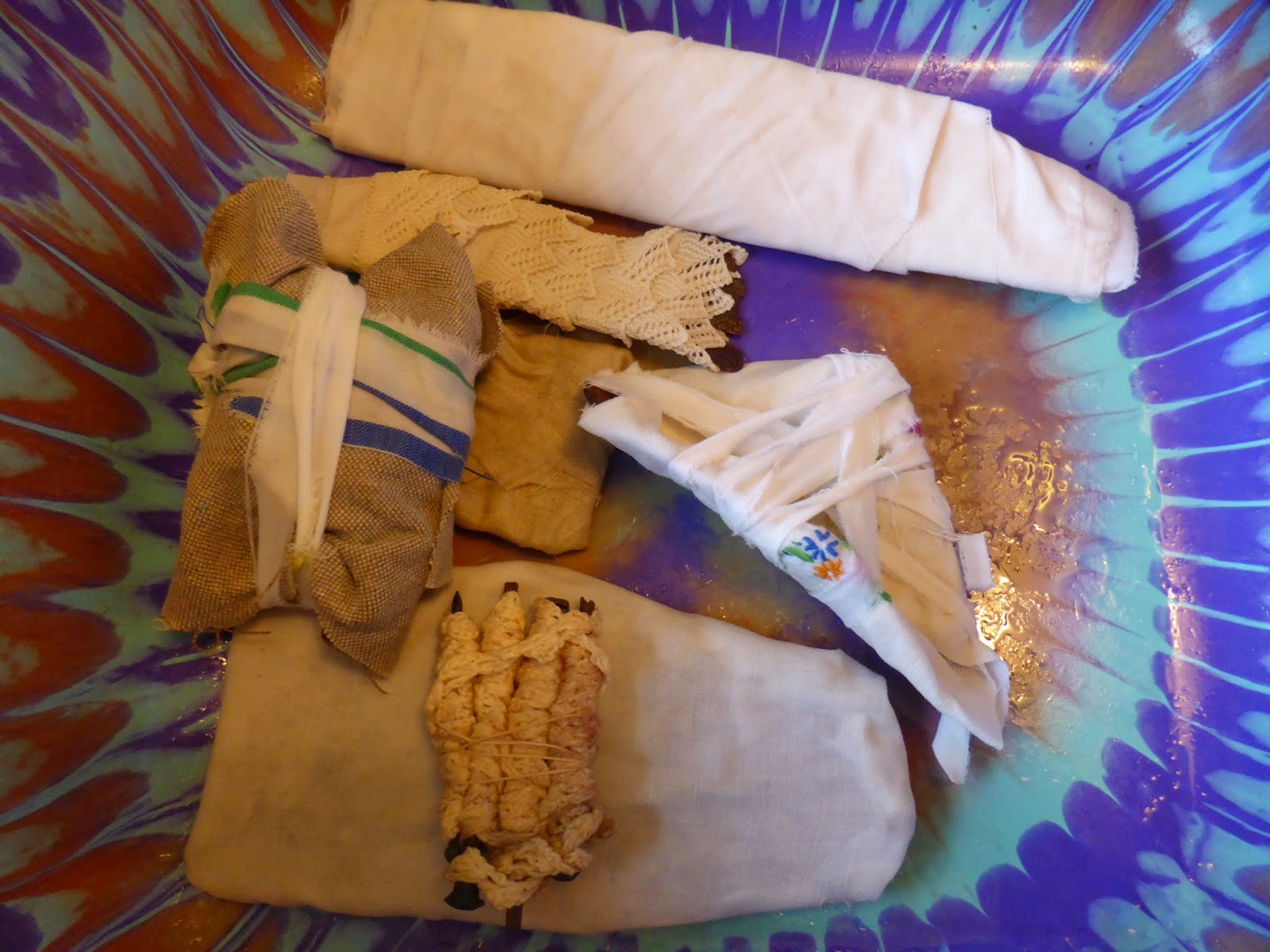 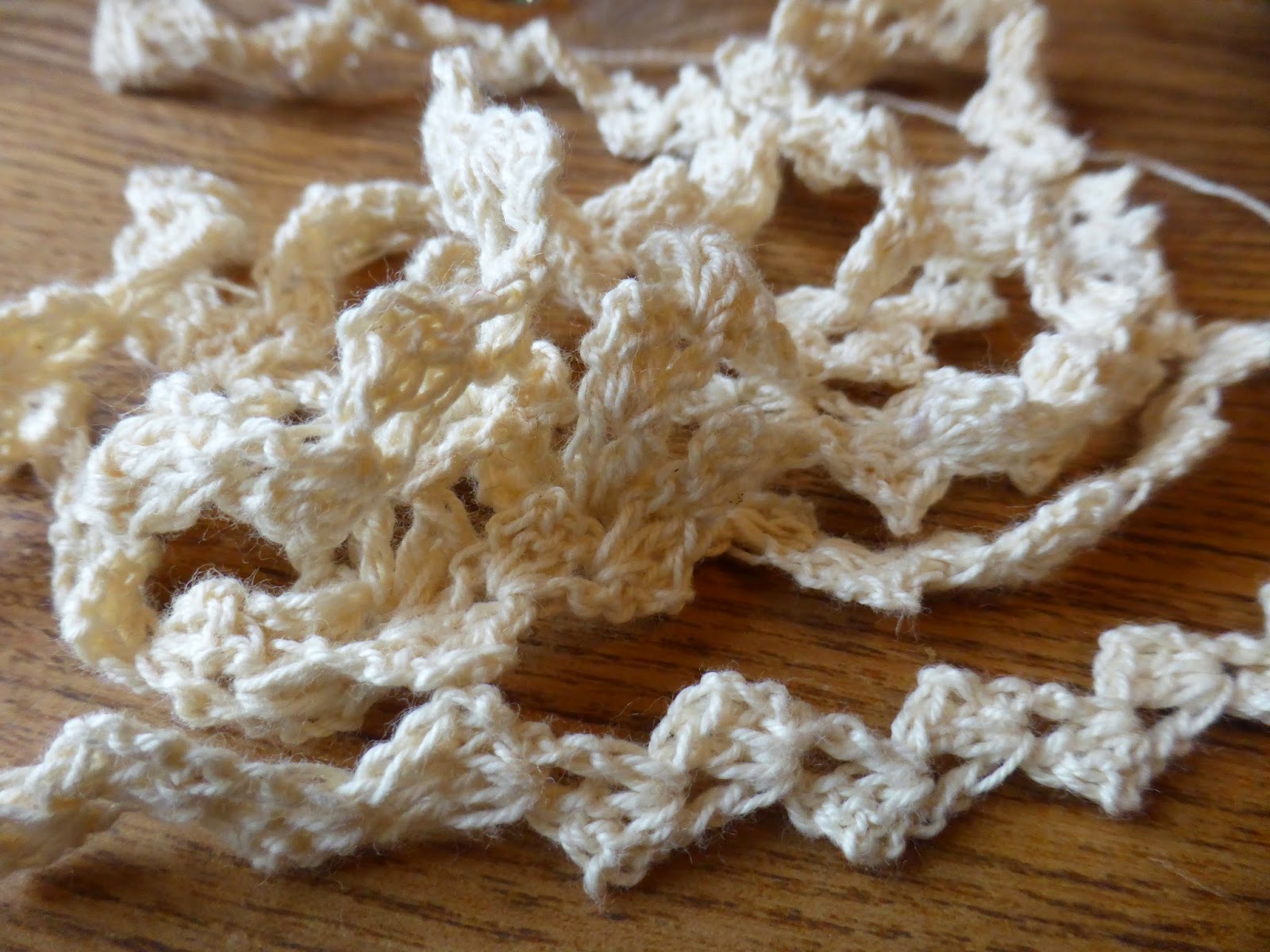 After a couple of days steeping out in a very damp garden, I'm afraid the pong of vinegar got too much for even me in the end, I could wait no longer. 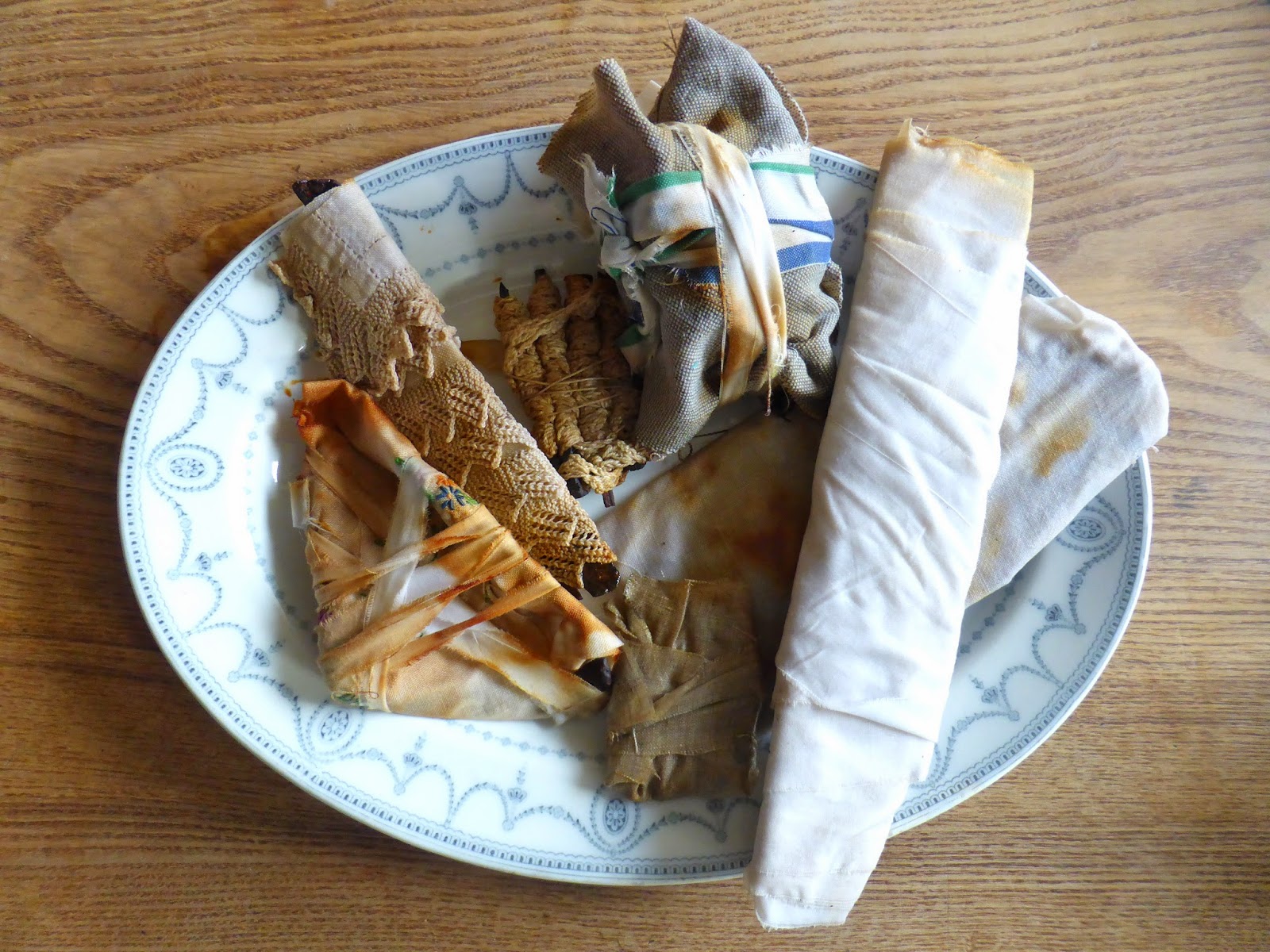 They were then soaked in salt water, washed and dried I am rather pleased with the results. 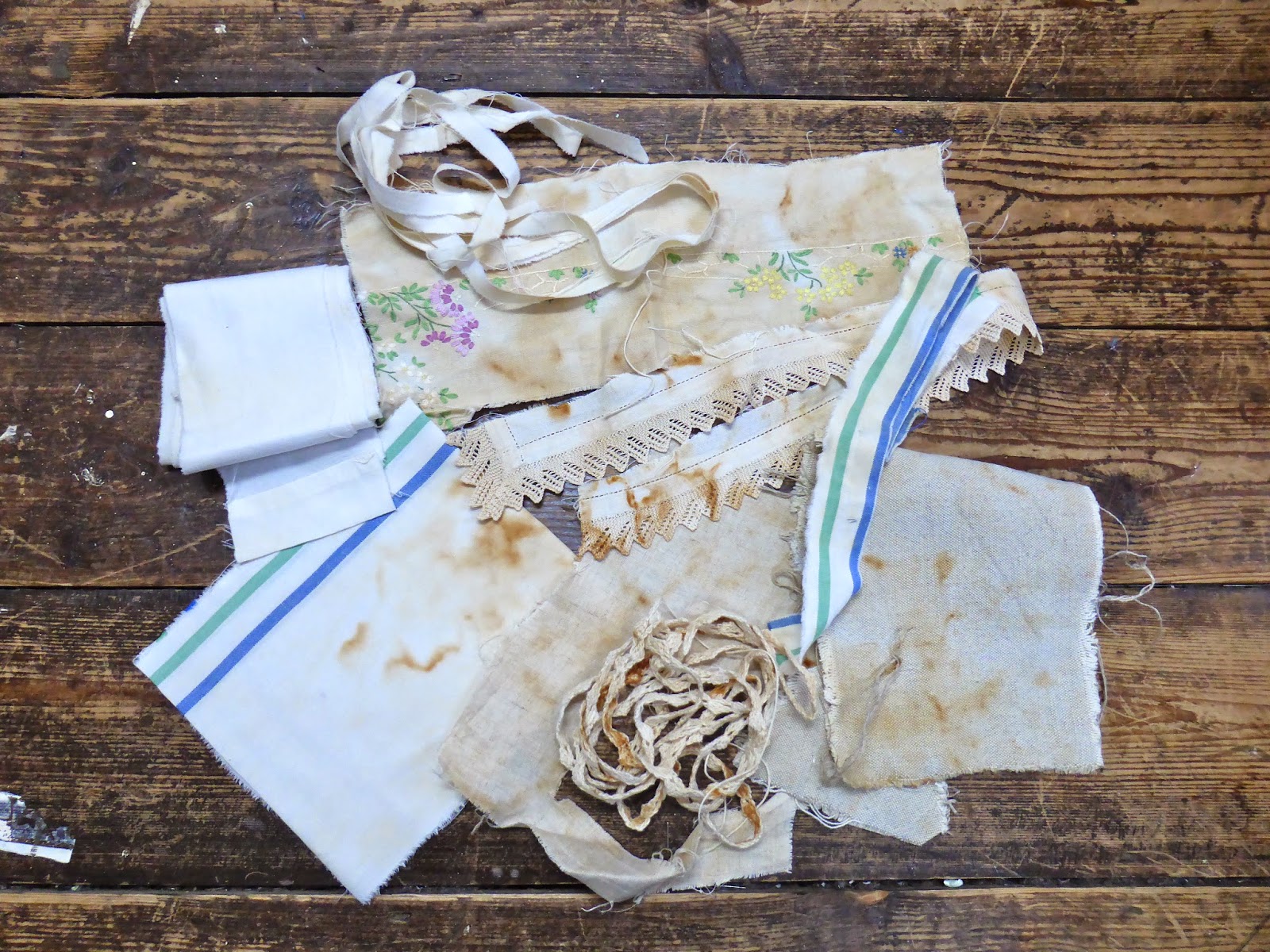 Some bits worked better than others 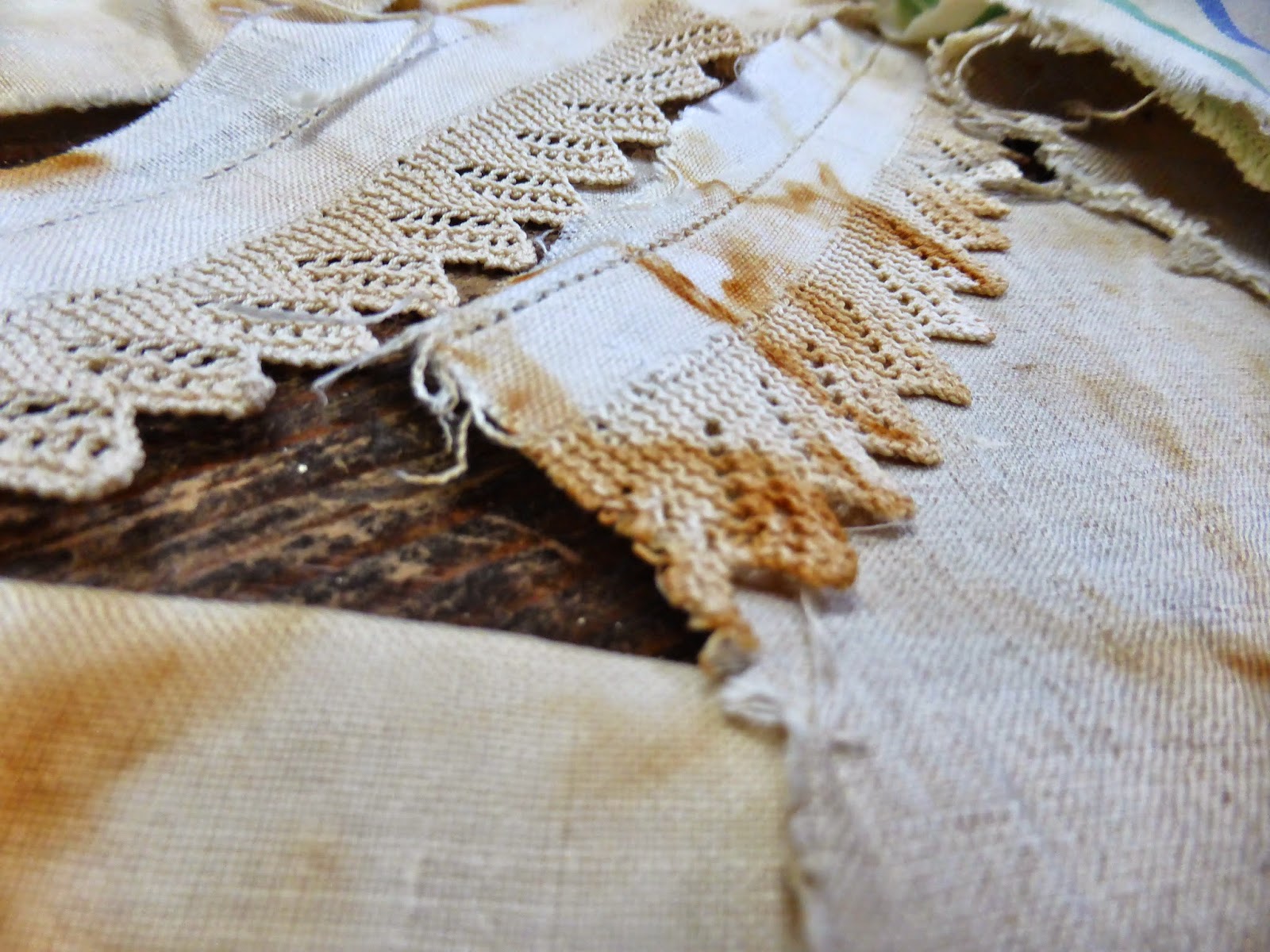 And I do think the ric-rac will need a second rusty treatment. 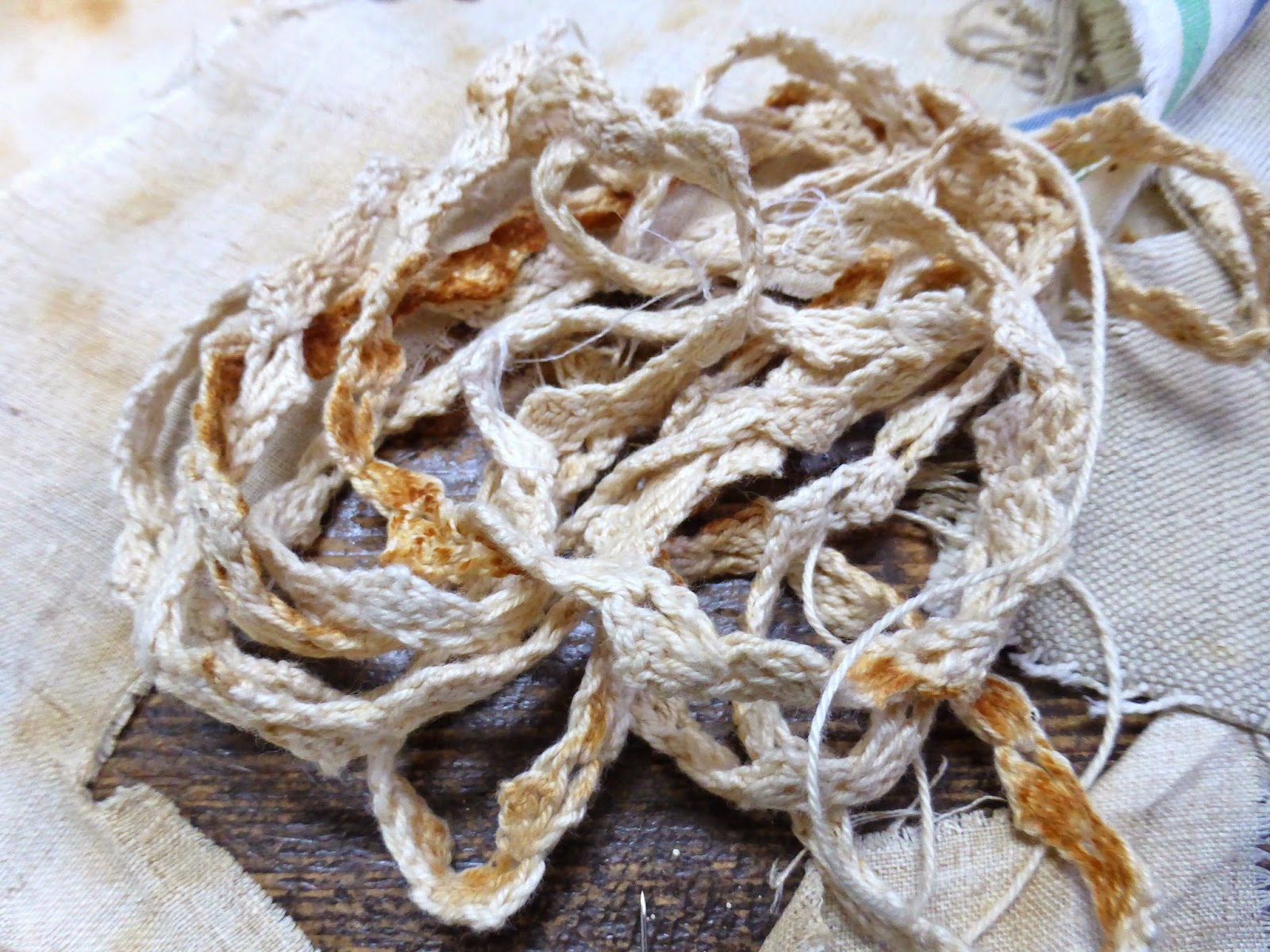