Skip to main content
Labels
January 09, 2012
HAVE YOU EVER HAD A IDLE DAY DREAM?
The kind of one that would never come real?
The kind of one you hear vague urban myths about and think "oh if only"?
Well guess what Ladies and Gentlemen, Cats and Dogs, dreams now matter how idle
no matter how vague and unformed
do
come
true! 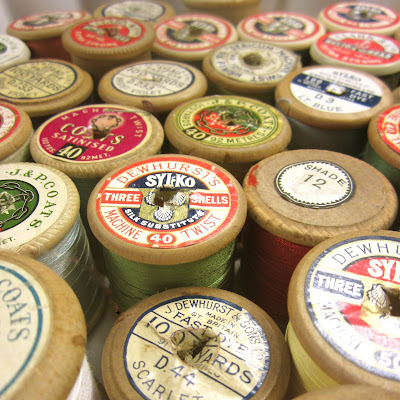 But really this is the very end of the story and I guess social convention dictates we start at the beginning.
Oh hold my hand we are going a long way back now and I don't want you to get lost.
Trust me there is some murky stuff back there,
The 1970's weren't always the glorious Technicolor party we now like to remember them as.
There was bad food, mental clothes, warm milk at school and pipes, no Dad worth his salt went on a family walk with out his pipe, oh and a whole heap of cigarette smoke.
So much smoke, so so much smoke.
Right are you holding on tight?
Then lets go back to September 1974.
A little red headed girl with green ribbons woven in to her plats and scabby knees
set off on a BIG adventure.
And when she got there she found another little girl with dark hair and scabby knees
(there were a lot of scabby knees in those days).
The two little girls were only separated by one letter.
And so on the first day of term at their first school Jane and Janet skipped round the playground hand in hand comparing scabs and trading stories of horrible brothers.
Though I must admit Janet nearly always won on both these counts
as she had OLDER brothers.
And they as we know are a dangerous and unpredictable beastie.
Janet's house was a wonder to me, always loud and fun.
It had a shed with a carpet and curtains at the windows that housed her Dad's remote controlled aeroplanes.
It had apples trees in the garden which we spent hours climbing.
There were teapots in the kitchen in the shape of country cottages and always that air of chaos that having 3 children in a small house with two working parents brings.
I loved it and I loved Janet.
But then we moved and though we tried hard after a few years and moving on up to big school we drifted apart.
But before we moved I remember a jacket of much toe curling jealousy inducing wonder and splenderment.
Hand knitted by Janet's Nan and covered in the most amazing bobbles.
Janet swanked round the neighbourhood in it and I trailed along in a cloud of green envy.
Probably a good job we moved because I may well have stolen it, such was my longing for a knitted bobble jacket of glory.
Time passed all contact was lost, it was one of those things, it happens.
But then through the glory of facebook after about 20 years contact was made.
Now it must be said not much has changed, in eight years we have only managed to meet up a couple of times.
But its good to keep up and have those weird non conversation conversations that facebook occasionally throws at you.
And its is time to have our annual lets meet up at half term spate of messages.
Who knows may be this year we will actually get round to doing it.
Here's hoping.
Now you may think I have just wandered too far from the point and am now just rambling.
You are probably right.
But look here are the tracks and we are going to jump back on them.
I have a day dream, I can bet its the kind of daydream that many of you out there have too.
The one when some one gets in contact and says the following beautiful words
" An aged relative of mine who was an avid stitcher and crafter, not to mention most importantly hoarder has sadly passed away and I need to sort out her stuff could you help?"
I never really believed this could possibly happen to little old me.
But......
again through the glory of fb Janet's Mum Bev contacted me with the sad news that Joan the afore mentioned bobble jacket knitting Nan had passed away and could I help her sort out all the crafting stash. Oh and by the way there is rather a lot of it.
Let me tell you Joan was a wonder.
Nothing and I think I really do mean nothing that could have been put to a use was thrown away, but it wasn't a mess of old bits of knicker elastic.
Oh no. 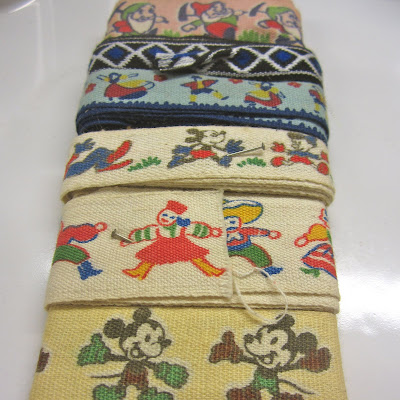 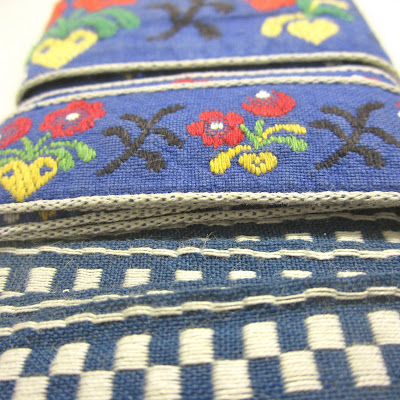 All things neatly folded, wound on to cards or stashed in boxes. 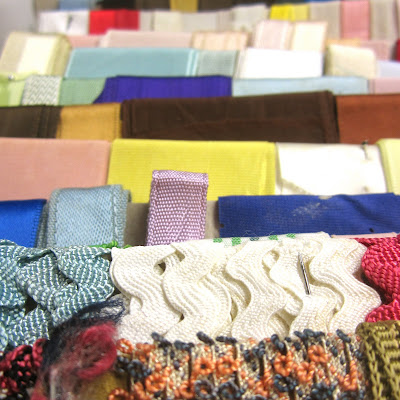 I had such fun and came away with a car load of the most amazing stuff.
A box of old children's boot buttons. 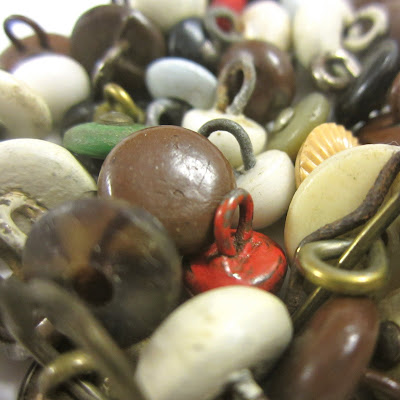 I am still trying to sort through every thing, but this is a small selection of some of it.
A box full of colour coordinated hexies all tacked and ready to go! 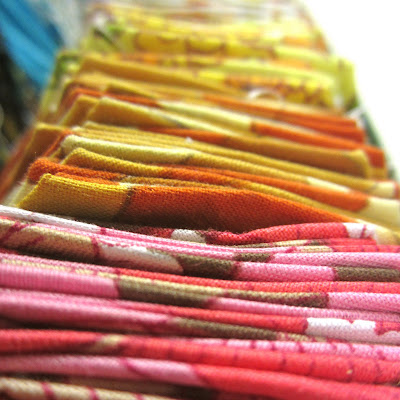 No pics of the fabrics yet, or the amazing scrapbooks I'll show them soon.
There is just so much stuff I really can't use it all my self so in the next week or so when I have finished the sorting and photographing I am going to add it all to the stash for the scrap heap challenge and carry on giving it all away.
I solemnly promise you will be the first to know when I've got my act together.
In the mean time, thank you Joan, thank you Bev and thank you Janet.
Dreams do come true!!
Love Nora xxxx
Email Post
Labels: childhood fabric stash scrap heap challenge.