Skip to main content
October 13, 2010
PUT A SOCK IN IT!
Its been all about the sock round here for the last couple of weeks.
The exciting news was that I managed to work out how to make a sock horse.
We have decided to ignore the hippy when he says its a snake with legs,
what does he know? 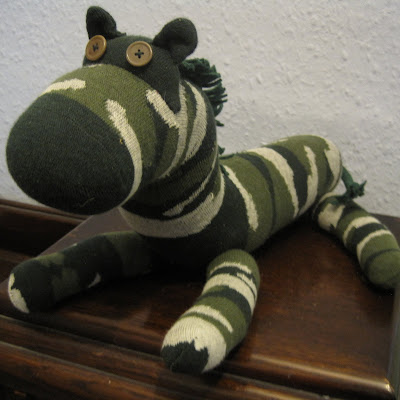 The camouflage makes him in to a stealth horse that can creep up on the unsuspecting and give them a shock.
The sad thing is he was supposed to be a giraffe, but his legs and neck just weren't long enough. I think I may have solved that problem, and now realise I should have used a pair of stripy children's tights.
Even more exciting was that Eric and Norman came back for a brief visit. 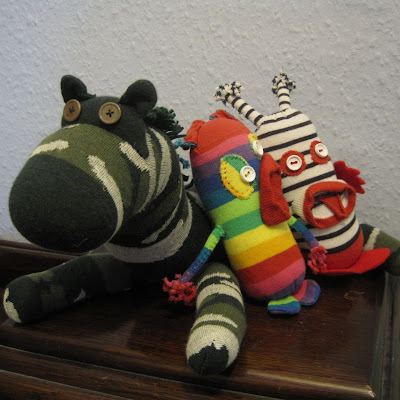 Great though it was great to see them again, they are a bit of a handful and I was happy when they left to go back home to Lily's house.
Last night saw the triumphant return of the sock to the Earl Ferrers,
in the form of the sock and glove zoo. 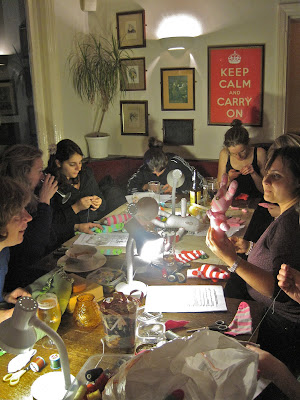 We gathered together to make sock monkeys, elephants and pigs,
(no one wanted to make a horse, can't imagine why. Who wouldn't want one? a "snake with legs" like horse with wonky look in his eye who can't be seen in certain environments?) 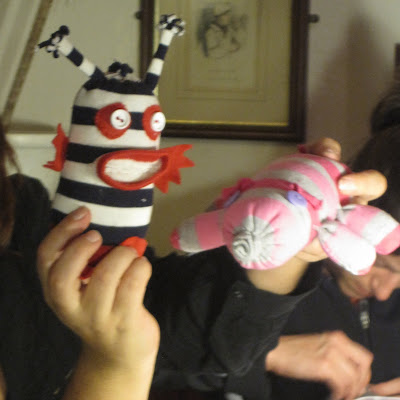 and rabbits and puppies out of gloves. 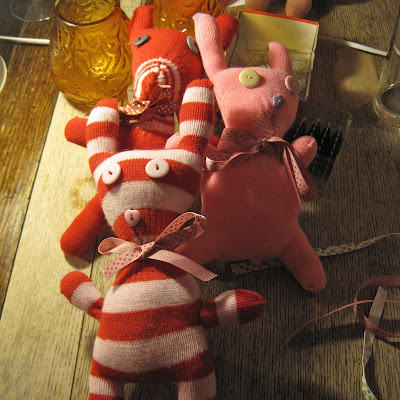 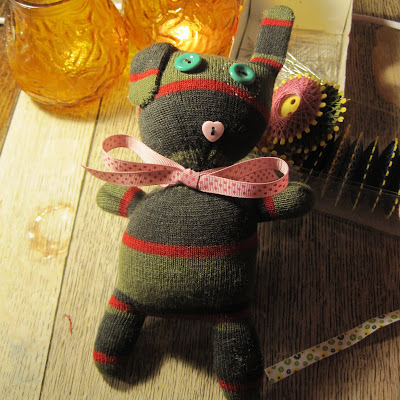 Continuing on a similar theme we kicked of the workshops at Bermondsey Fayre last week with an evening of sock monkey making. 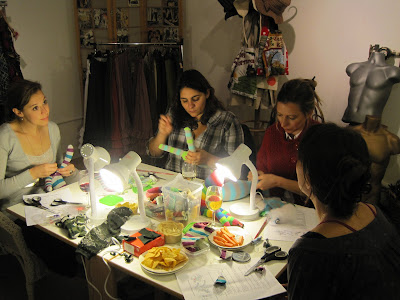 There were yogic ones 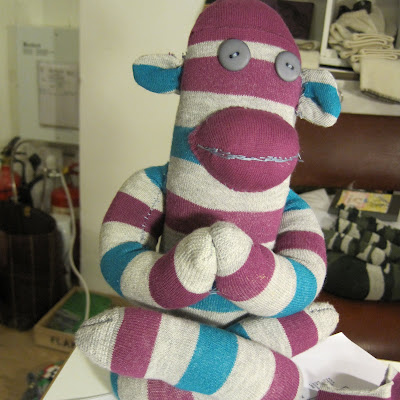 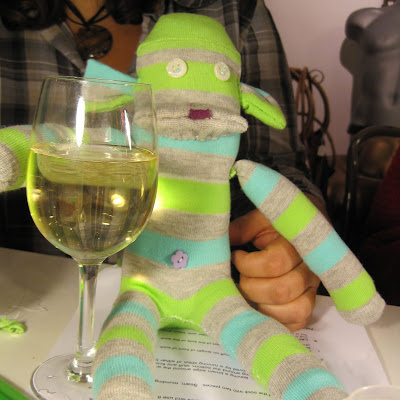 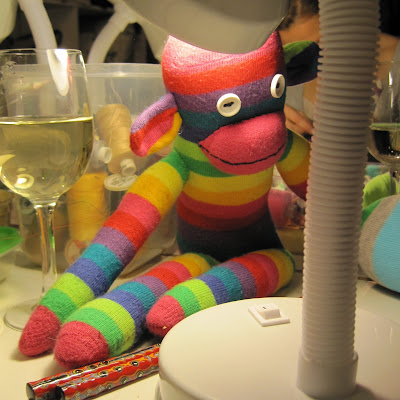 and work in progress ones. 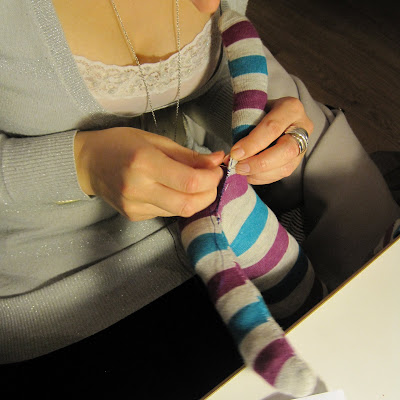 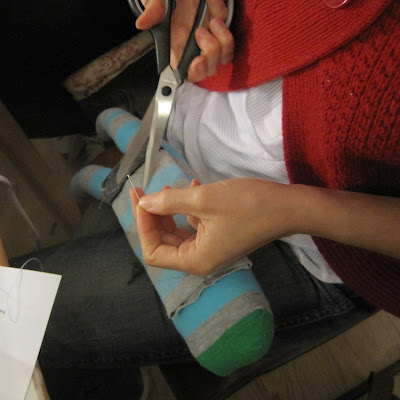 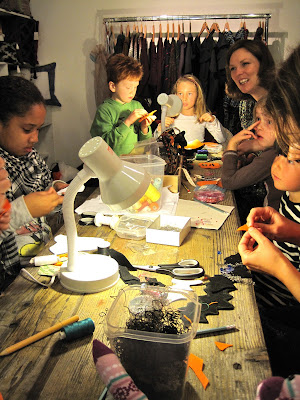 Great fun, I love to meet new people, especially those who love to sew. 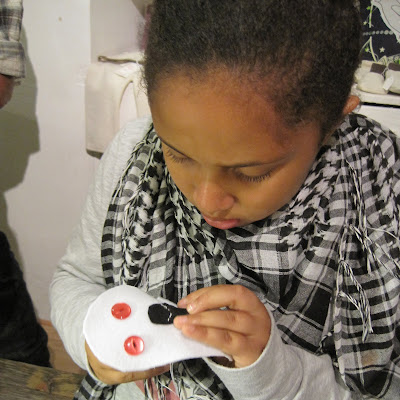 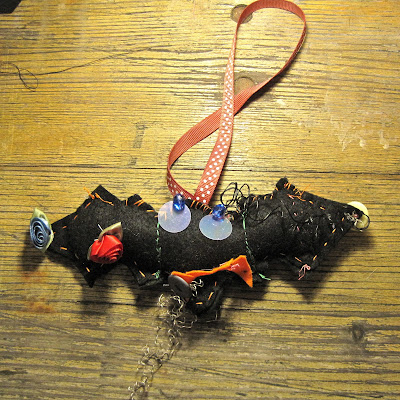 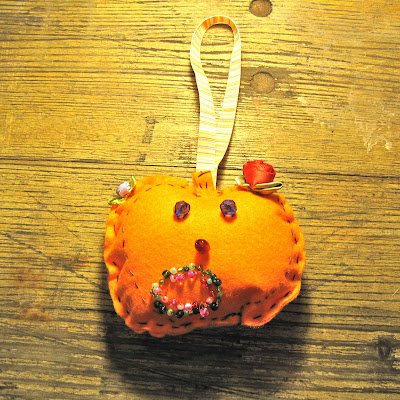 It was also the first time the ginger ninja had successfully completed one of my classes. 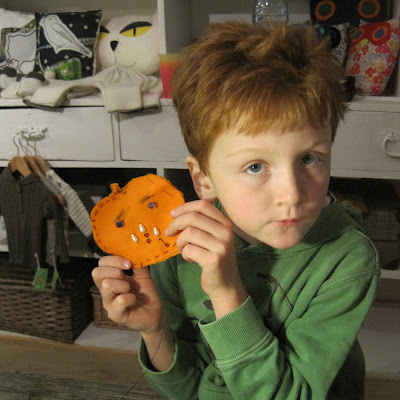 There is something about being taught by your mum
that just doesn't seem to work that often!
I don't know if its because he's older or because of the calming influence of
Miss Sophie 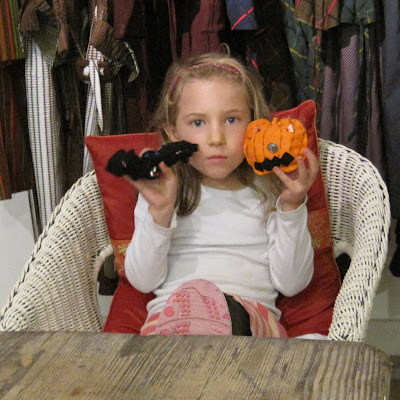 , but he came out wanting to do another class, SOON!
"SOON" isn't as good as "NOW!"
but its a huge leap forward.
It would be a very poor show if in a few years time I sent two young men out in to the world who couldn't even sew in a button. 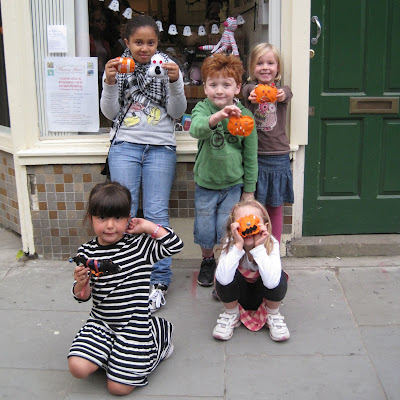 And finally, just a little teaser for those of you who are waiting on the very very edge of your seats waiting for the big reveal I promised in my last post. 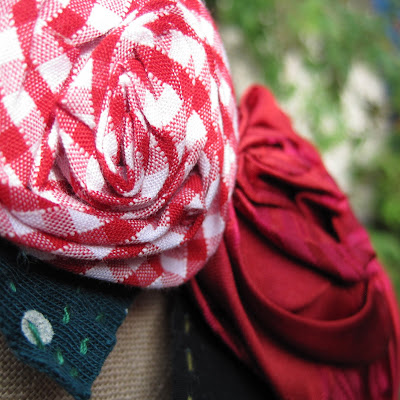 May be you can work out what its all about,
may be not.
Soon, very soon, I will be telling all.
Love Nora xx
Email Post