Skip to main content
Labels
July 10, 2012
FIRE BLANKET!
This post is going to be really rather heavy on the photos and light on the chat. 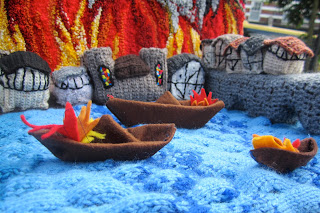 All I can say is the Ninja Knitters had the most amazing day on Saturday. 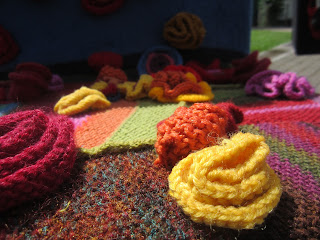 We had all worked so hard in the run up to the "Fire Blanket" exhibit that it was really gratifying to see so many people enjoying our work. 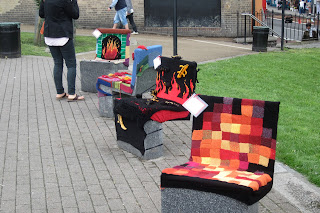 Though I'm not sure the collection of drunk, mad and weird people who tend to inhabit Streatham Green were so appreciative! 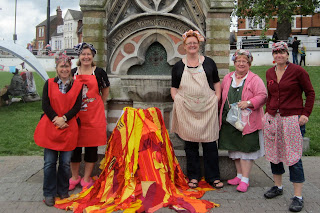 May be a bunch of women dressed as Hilda Ogden covering their chairs in yarn was just too much for them.
So wearing the Ninja One hat I would like to say how proud I am of the Ninjas for taking a mad idea we had before Christmas, working on it all year, and creating something so memorable! 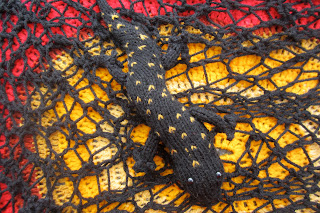 Being part of a local Arts festival was very different from any thing we had done before.
Look on and check it out. 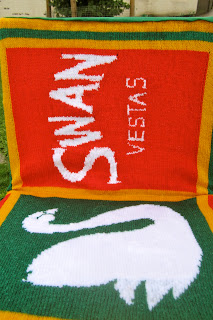 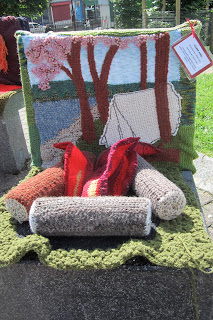 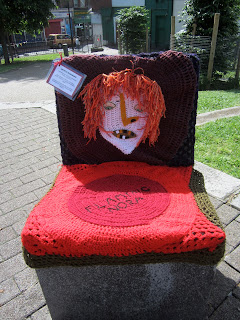 The Witch Burning chair, possibly a backhanded compliment to our very own Nora.
Designed and made by One of the Ninja Twos, Ninjette J and the Kiwi Granny Ninja. 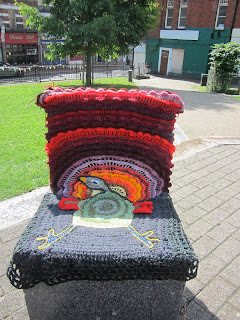 One of the Ninja Two's Phoenix. 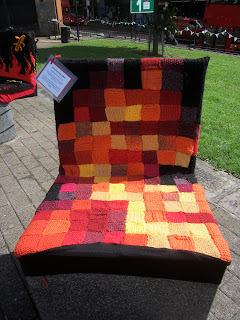 The Pixilated Fire image chair.
Designed by Ninja One and made by every one! 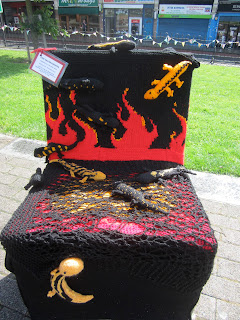 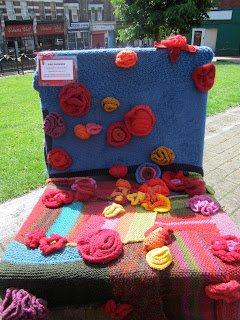 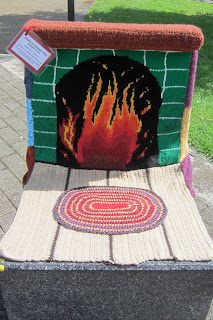 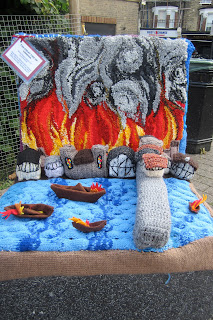 The Great Fire of London.
Flames and sky by Ninja S McG, Houses by trainee Ninja T, old St Paul's Cathedral and inns by one of the ninja twos, river by the French Ninja, boats by the other Ninja two, bridge by Ninja One. 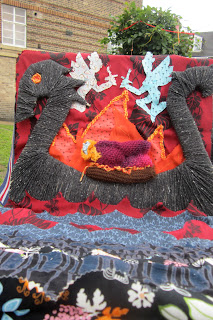 Viking Long boat funeral burning.
By the Ninjas of the Streatham W.I 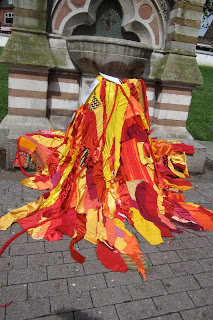 Volcanic explosion by the Woody Ninjas.
There are loads more photos on flickr
If you want to know more about the Ninjas you can find them on facebook
I would like to say its going to be some time before I start doing any thing this mad and huge again, but ........
Love Nora xxxx
Email Post
Labels: ninja knitters