THE STORY SO FAR.... PART THE SECOND 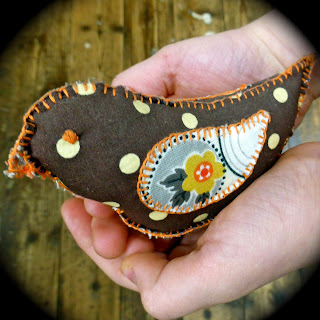 So, where did I leave you last time?
Oh that's right standing yet again on the crumbling edge of a cliff waiting for the story to limp towards its conclusion. To recap, The very short version of what has happened is...
Lots of refuges making perilous traumatic journeys from all over the world to try and get to the relative safety of Europe.
Compassion overload from many people.
Me feeling impotent in the face of such horror, teaming up with my new friend Anna to try and sew the world back together.
Initial experiments would appear to be successful.
With me so far?
(If You want to read the full version you can do so here, but you may want to settle down for the long haul with a cup of tea to do that.)
After the success of our bird making workshop people were constantly asking for more. Many people hadn't been able to make it, many people just had the bug and wanted to make more.
I thought maybe some very simple instructions with the pattern attached I could email out to people with an address to send them back to. 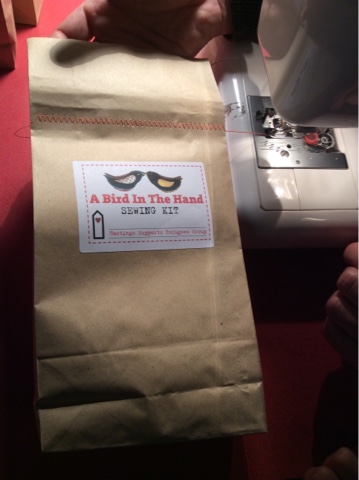 Then with only 3 weeks to go till Christmas some bright spark said, why don't you make them up into kits to sell?
Yes said I but its only 3 weeks till Christmas and I haven't done my shopping yet and have work deadlines coming out of my ears.
But now is the perfect time to do it Jane, the bright sparks said back.
Yes but... Said I
This went on for about half a day before I admitted defeat and called Anna.
Yes said she.
Am I mad? Said I
Yes! Said she. Let's do it.
Phone calls were made, favours from friends called in, frantic over night ordering of threads, needles, pins and stuffing was made.
A mad impromptu photo tutorial was made.
But most importantly at this stage The Mad Old Cat Lady herself came on board.
Our good friend Fishy took away the jumble of images we had for the tutorial, deciphered my scribbles and created the most beautiful instruction booklet for us.
She designed labels and stickers and printed every thing out.
Then on a cold, wet and windy evening in early December 15 of us gathered in Anna's sewing parlour. 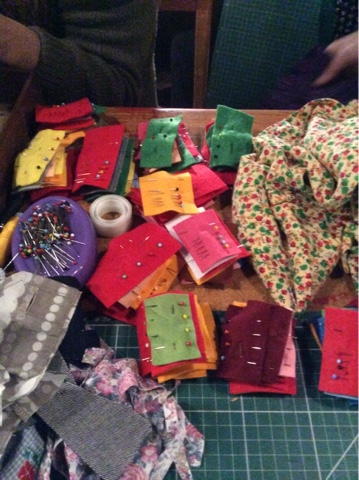 Some wound thread, some stuffed stuffing in bags, some counted and pinned pins, others folded instructions and stuck stickers and yet more cut big bits of fabric in to small oblongs of fabric. 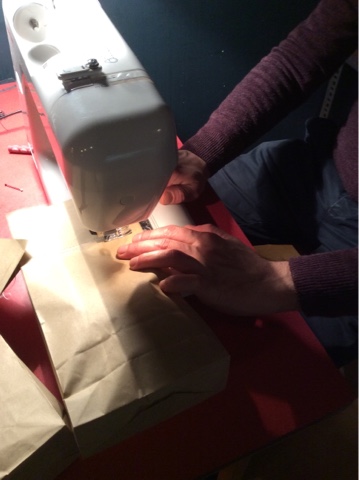 At the end of the night 150 kits were sitting in the window waiting to be sold. 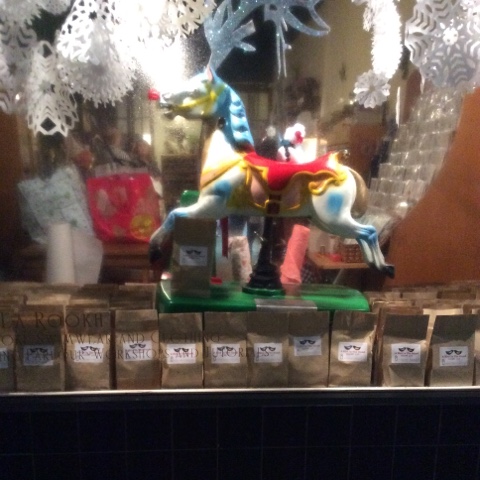 Quite a gamble. I can't say I wasn't nervous and yet with a minimum of advertising they flew off the shelves.
Gone! I tell you gone!
How long did they take to go?
Three days!
By which point Anna and I were exhausted, and yet the interest had only just started.
The lovely Lexie came on board and took over the social media stuff for us. She has been twittering away for weeks building interest and shoe horning what we are doing in to every possible situation.
She also set up our Facebook page for us which has grown massively in the few weeks it has been up and running.
So what next?
Well more kits are being made up and an online store opened for people to buy them.
We are holding another workshop here in Hastings in the evening of 25th Feb from 7pm. A children's bird making workshop has been booked for 18th Feb at 11 O'clock sewing for the greater good the junior version followed by a film, slap in the middle of half term. Both at The Observer Building where Dublin and Holland have been a constant support to all our endeavours.
The money raised from the sale of the kits will in part go towards helping fund the work Hastings Supports Refugees is doing.
But the other part, the part that I am finding most exciting will be developing the kits into an art therapy resource that can be used by volunteers working with refugees.
We are hoping to be working with The School Bus Project initially in this regard, but are now actively scouting for more leads and contacts.
Some of the birds people have made up in the kits have already flown back to us to be sent on to the Children we are all desperately trying to help.
So here is the rub, we need your help.
We need to spread the word, we need shops to stock our kits, we need people to buy the kits, we want people to host workshops for us in areas we can't get to and then send us lovely boxes of birds.
So what can you do?
Well the easiest thing to do is like and share out Facebook page.
Talk about us on Twitter and instargram using the #abirdinthehandproject and #sewingforthegreatergood
But if you would like to help in other ways especially in hosting a bird making evening, then please get in contact.
birdinhandproject@gmail.com
We are all novices at this and feeling our way. It's exciting but also rather daunting.
And basically watch this space, the online shop will be up and running very soon for anyone who wants a kit of their own.
Well that's it folks, I appear to finally come to the end of this particular chapter, defiantly not the end of the story.
Love Nora xxx