Yesterday I promised you yet more end of year treats from my students.
Today is the turn of our first years.
This year somehow we managed to bag the black box performance space at the college for them to show their work in a kind of exhibition fringe. Smaller unofficial events running alongside the official college graduates exhibitions.
They have been working hard this term on an immersive theatre project, covering mask making, costume design and character exploration, 18th century costume construction, sound and set design as well as dying and painting into textiles.
Phew! 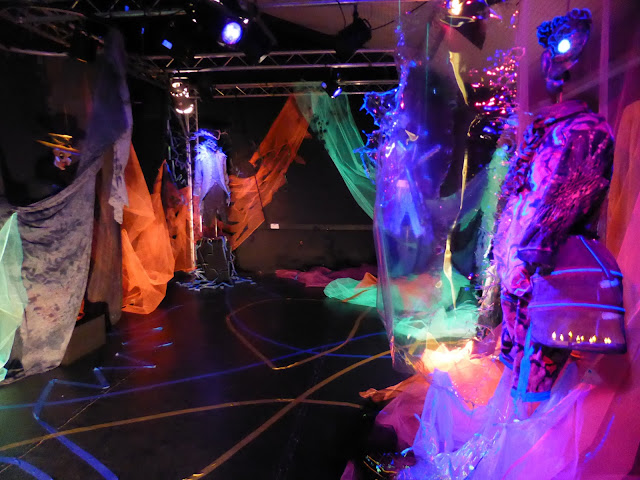 The project was based on Howl's Moving Castle, drawing on both the book by Diana Wynne Jones and the film by Studio Ghibli. 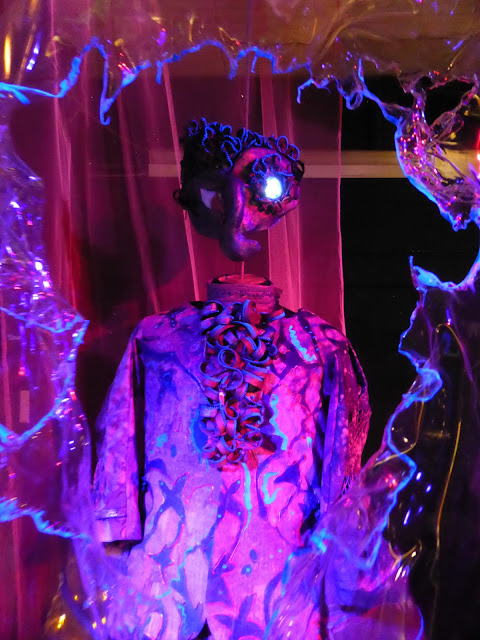 Mo's Blue Calcifer.
They started with a series of mark making workshops with one of the art tutors, which involved them all crawling around on the floor drawing children's toys with neon chalks and a giant game of exquisite corpse. 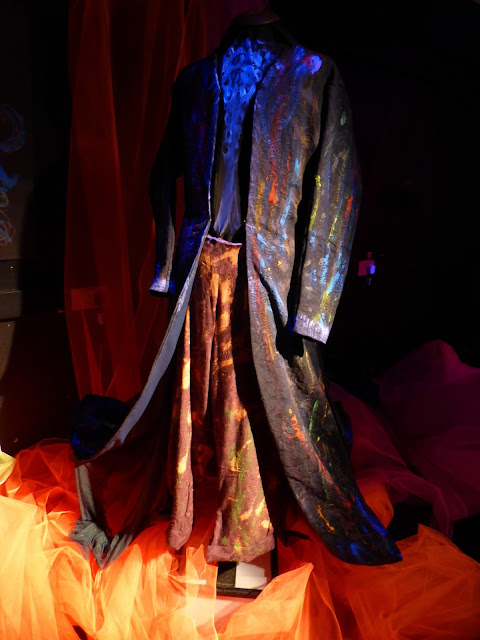 Jess's Calcifer costume.
The batton was then taken up by the design tutor with whom they developed the most amazing collaged designs for the characters in the story and strange and bizzare settings, whilst at the same time exploring mask making techniques. 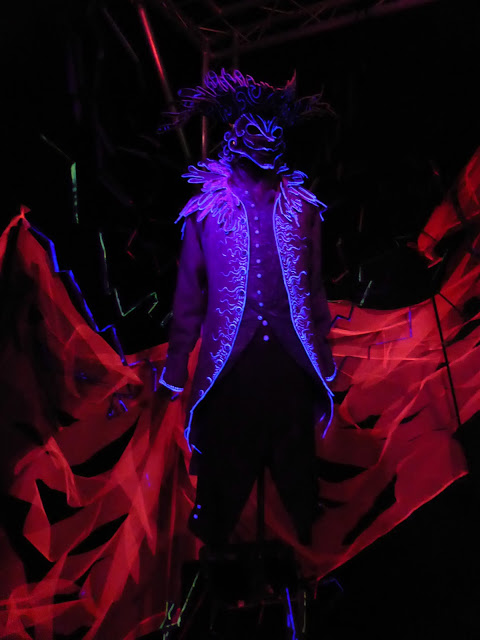 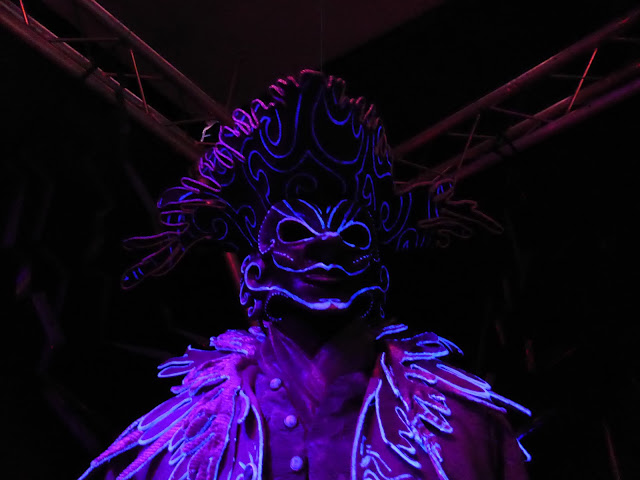 Detail of Millie's mask.
Then over to yours truly for the costume construction elements. We decided to base the project firmly in the late 18th C, and so used historically accurate patterns form this book by Janet Arnold and this one by Norah Waugh.
Early on in the design process a strong element of U.V emerged 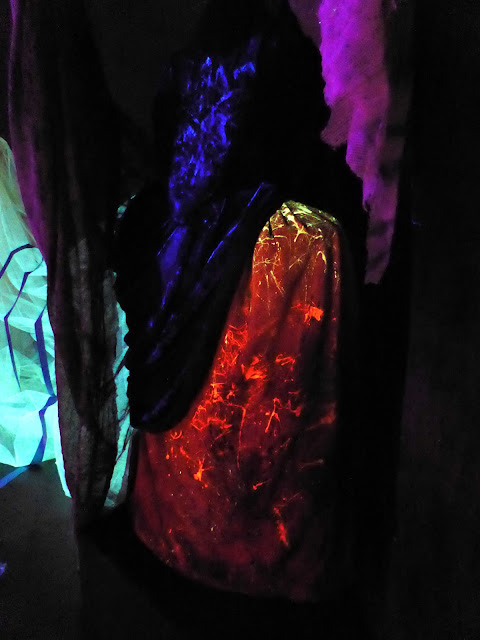 Jack's Witch of the Waste.
Wich meant it was over to our amazing technician for painting into the costumes and making them glow in the dark beautifully. The main lesson we learnt was what ever you think is enough U.V paint isn't! 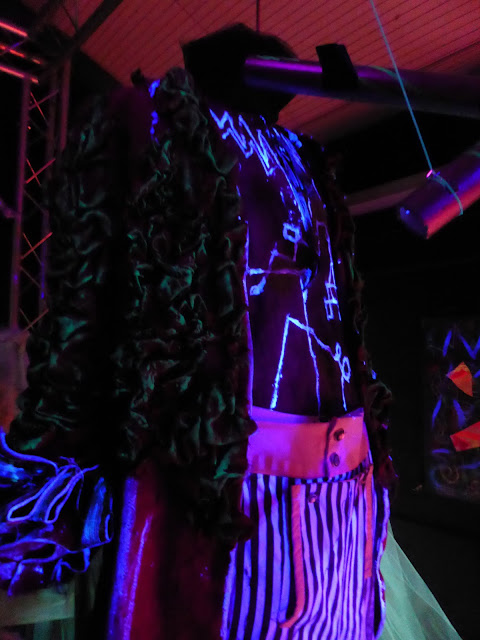 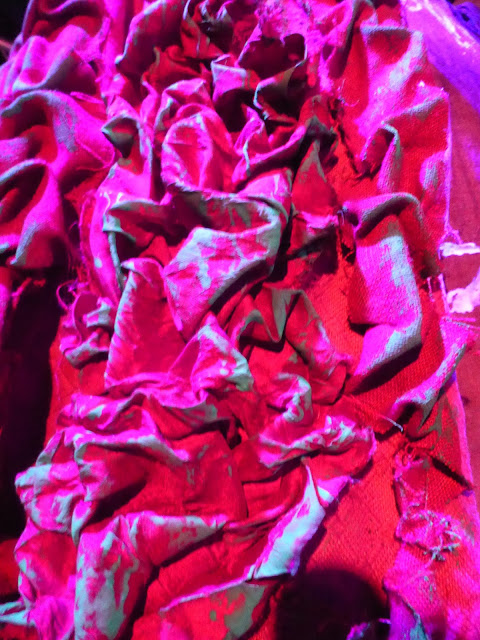 In between all this the guys in collaboration with Olli one of our set design students created an amazing setting, and recorded a some what surreal sound track that involved anongst other things kitchen implements and an old car horn. 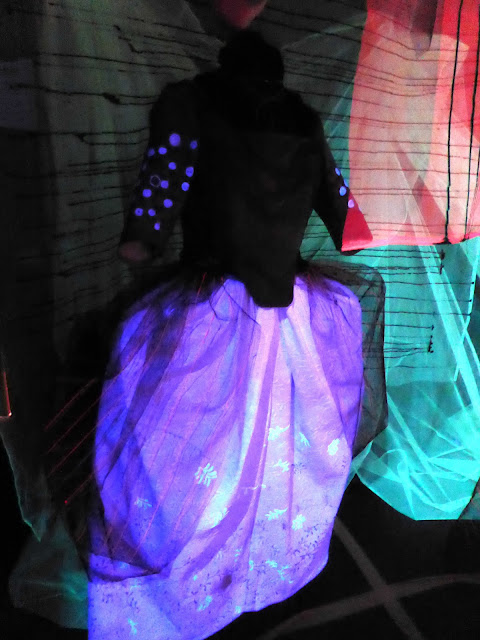 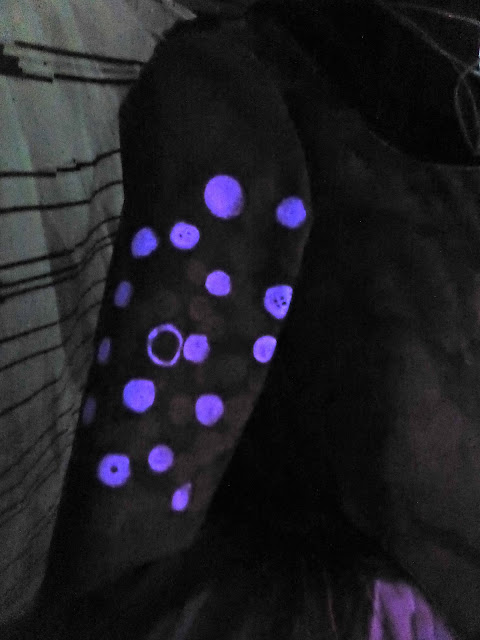 Details of Emma's U.V button print on the sleeves.
They worked so very hard and every moment of it paid dividends 100%. 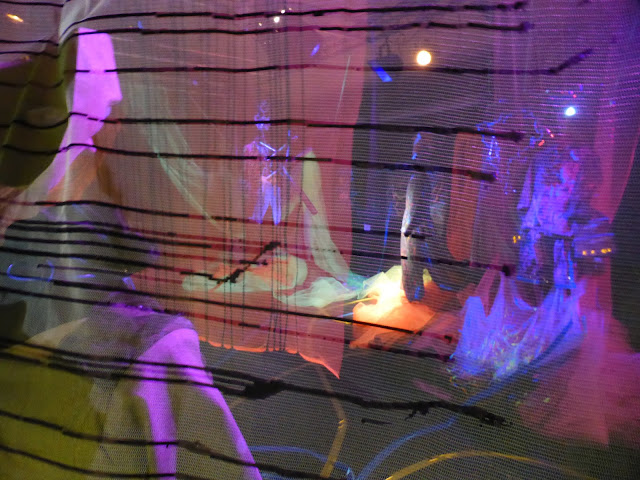