Today was a rather special day.
For the last year and a half our Little Man has been attending art classes at The Creative Art Academy.
Its a fab place run by Marcia Buckley who rather handily is one of our neighbours. Marcia and Emma hold really relaxed sessions for children aged 5 -15, our Little Man loves it and counts down the days each week till he can go again.
At first we sent him to keep him occupied and to do something fun one afternoon a week. But it turns out he is actually quite good at it.
The paitent teaching involved at the academy has brought him on in leaps and bounds.
A local bar/ bistro was so impressed by the Academy's young students that they offered to hold an exhibition of their work.
We all went along to the private view this afternoon.
So much fun, so many happy children and parents, a truly wonderful expirence.
The Little Man had three pieces in the exhibition.
Here he is with his bird painting. 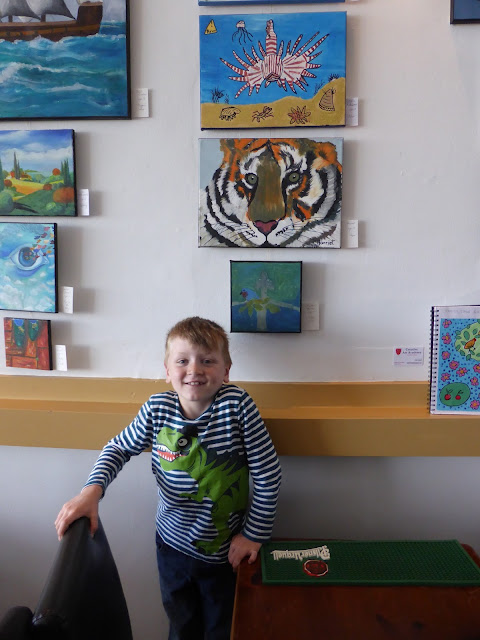 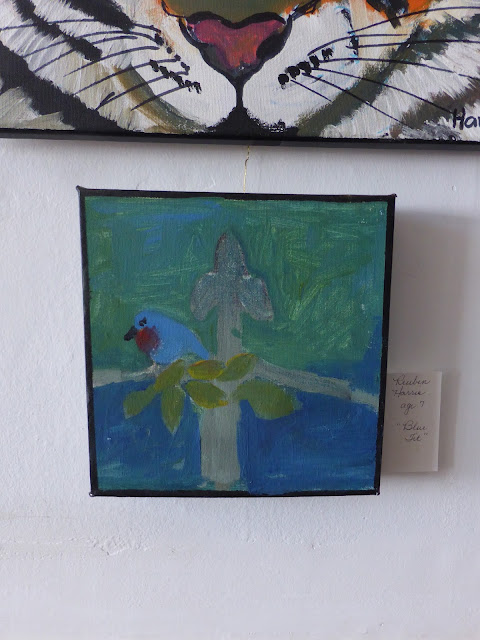 Third painting down is his magical tree. 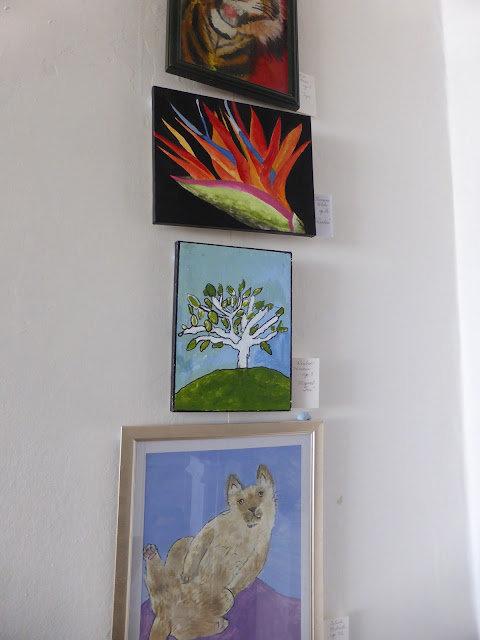 And here he is with his beach painting.
I love this one.
I love it may be a bit too much. 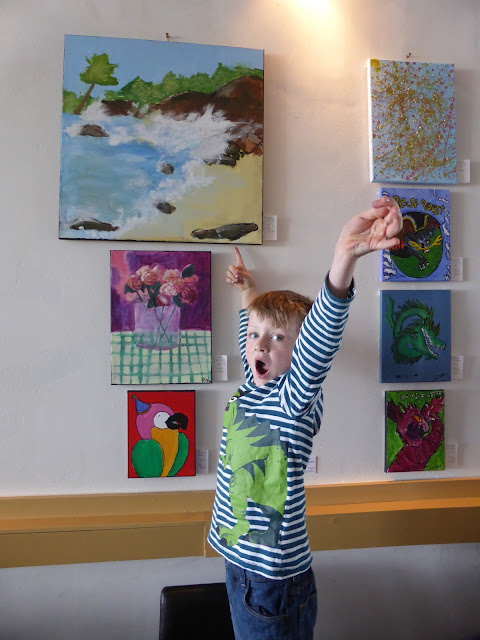 He decided that my voice counted for nothing and he wanted to sell it.
The lure of the filthy lucre was just too much for his 7 yr old mind!
It was gaining a lot of interest and compliments.
So here it is with a little red dot. 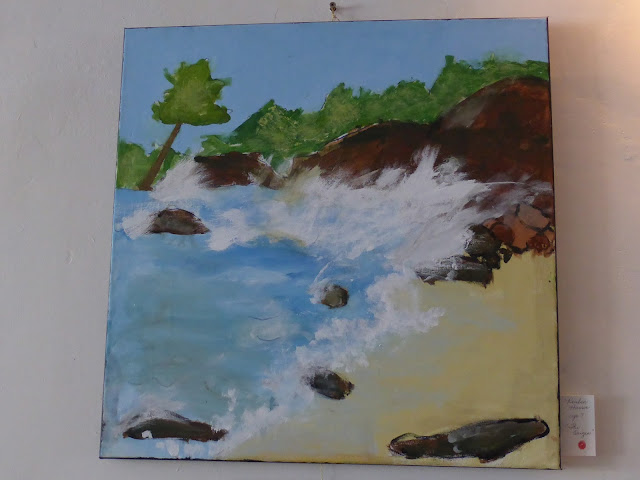 Thankfully Marcia knew how much I love it and so only sold to The Hippy who bought it for me.
£10 well spent I say. Both Mother and child went home happy!
Just so this isn't only a post about me bragging here are a few images of some of the other wonderful pictures in the exhibition. 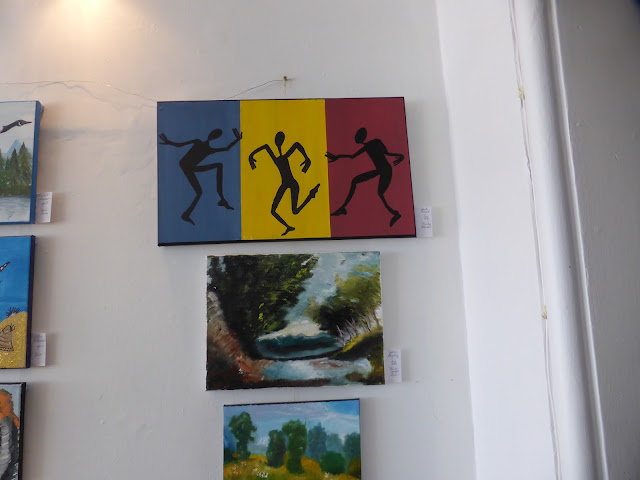 I love the colours and movement in the top picture. 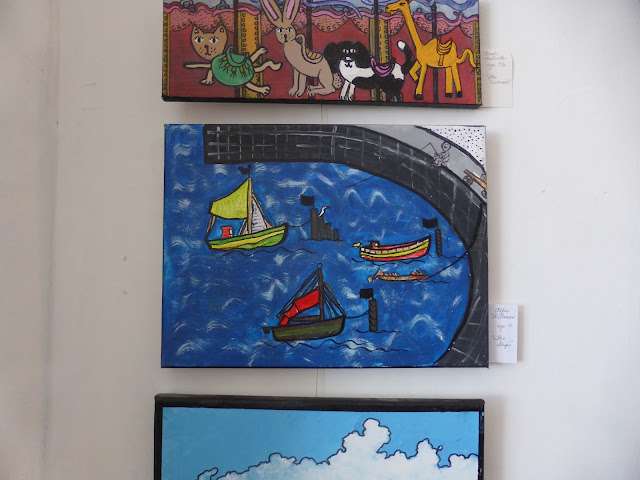 The perspective in the middle picture really reminds me of a colourful Alfred Wallis. 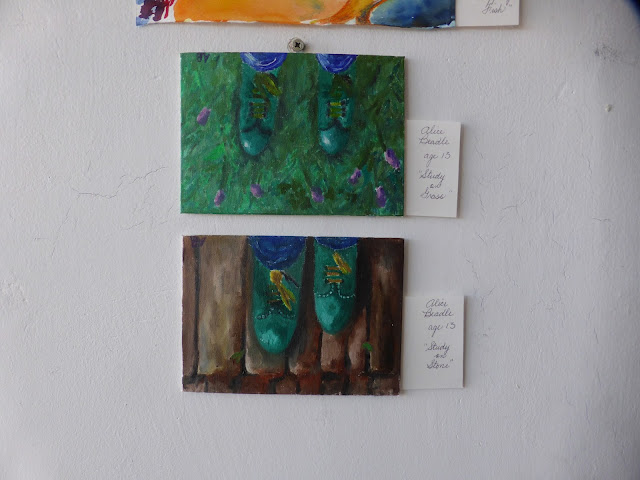 You do have to apreciate a girl who so loves her boots she paints pictures of them!
And these last two I just liked because I can! 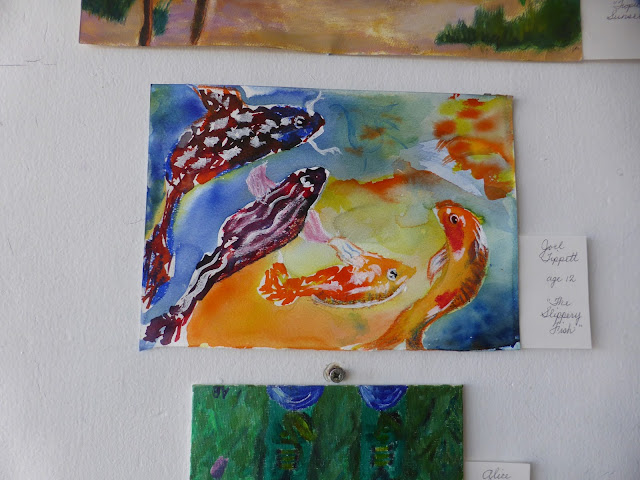 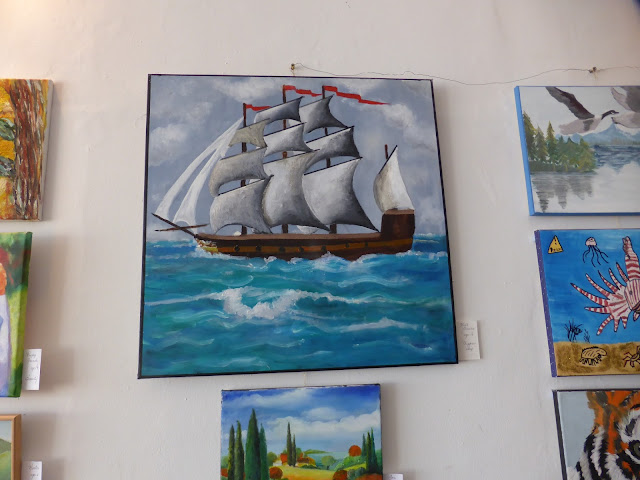 Right that is it. Bragging over. Back to the normal life from now on in.
What ever that is.
Love Nora xxxx
Email Post
Labels: art children family life painting