A tale of two parts. 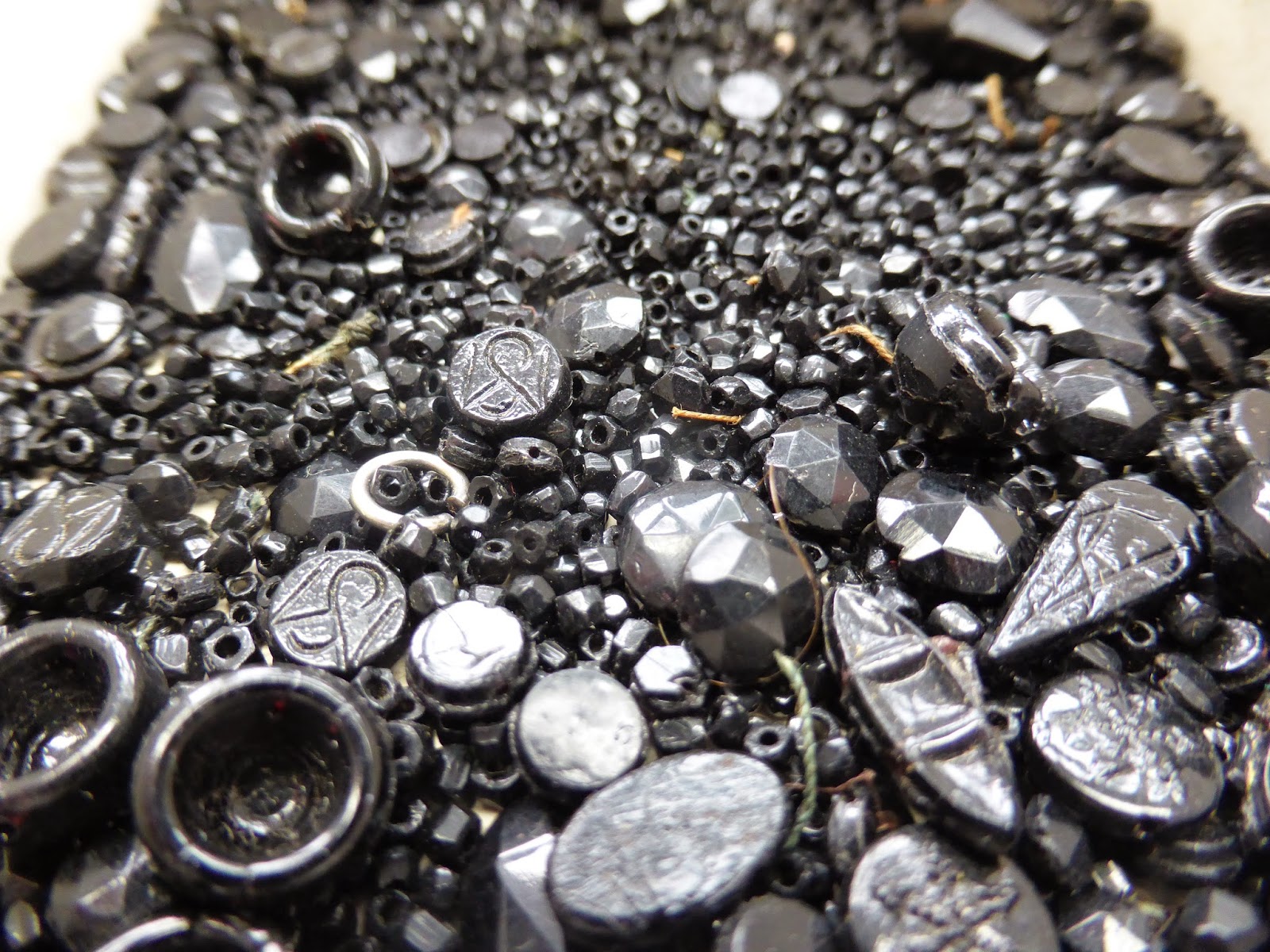 Part two first.
We were working on a costume, the bodice was covered in braid.
The braid was beautiful, old and slightly crumbling round the edges.
The edges were covered in a row of tiny jet beads.
"What do you want me to do?" the current glamorous assistant asked, "if only we had some real jet."
Whirr, crunch the cogs started turning.
Something was niggling the back of the mind.
Rewind many many years, 1991? 92? 93?
Some time around then. 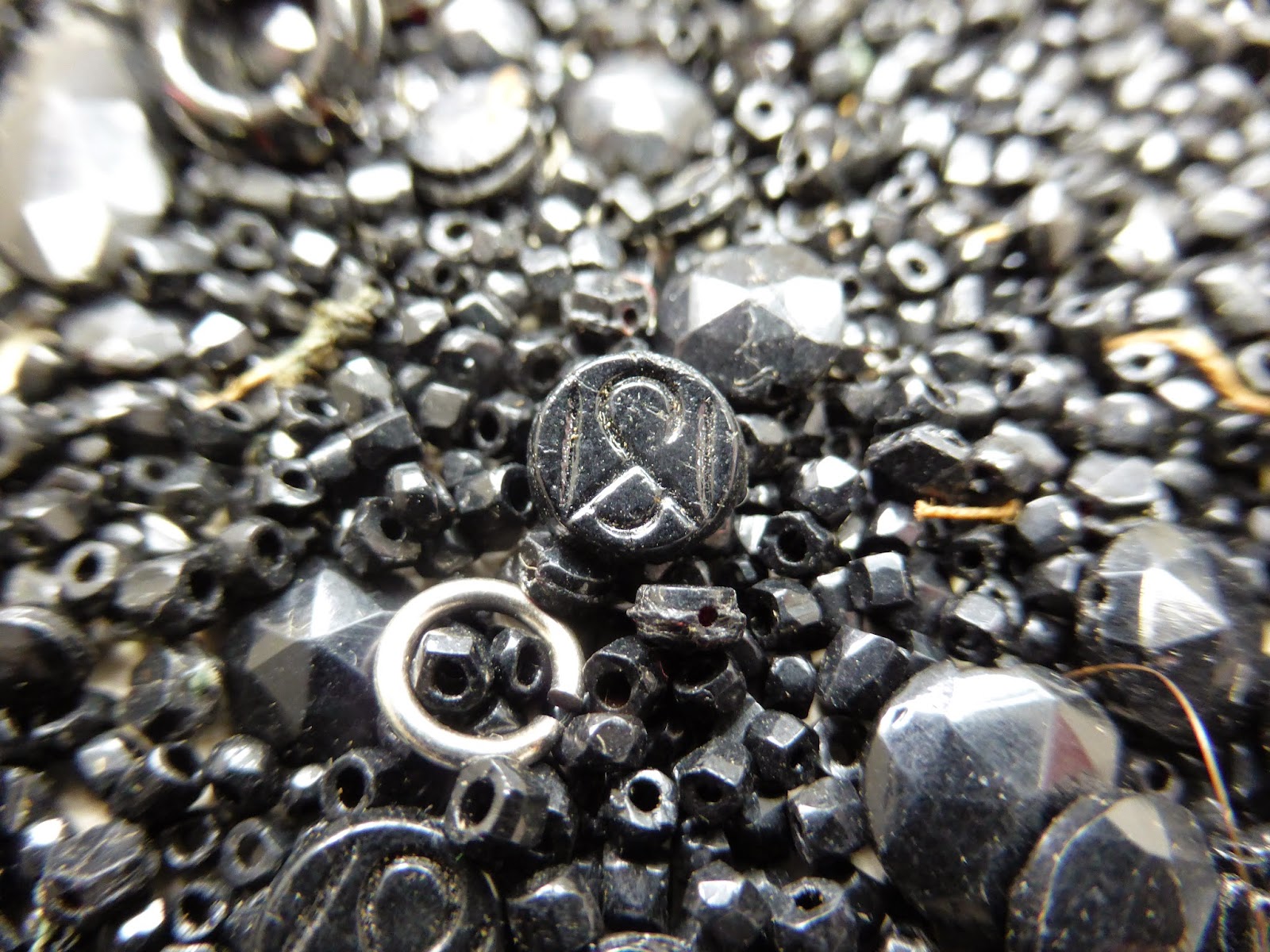 My kaftan wearing ex (ish) hippy mother, was somewhere following the scent of a ley line like a bloodhound after its prey.
She came across a little studio with a jeweller residing with in.
She bought some beautiful amber beads on a little leather thong
(yes I know, leather thong, well it was the 90's)
One for me and one for her and some amethyst for the junior brother.
If memory serves he wasn't as enamoured by his gift as I was.
In fact I still have mine, somewhere, I wore it until the leather thong wore out. 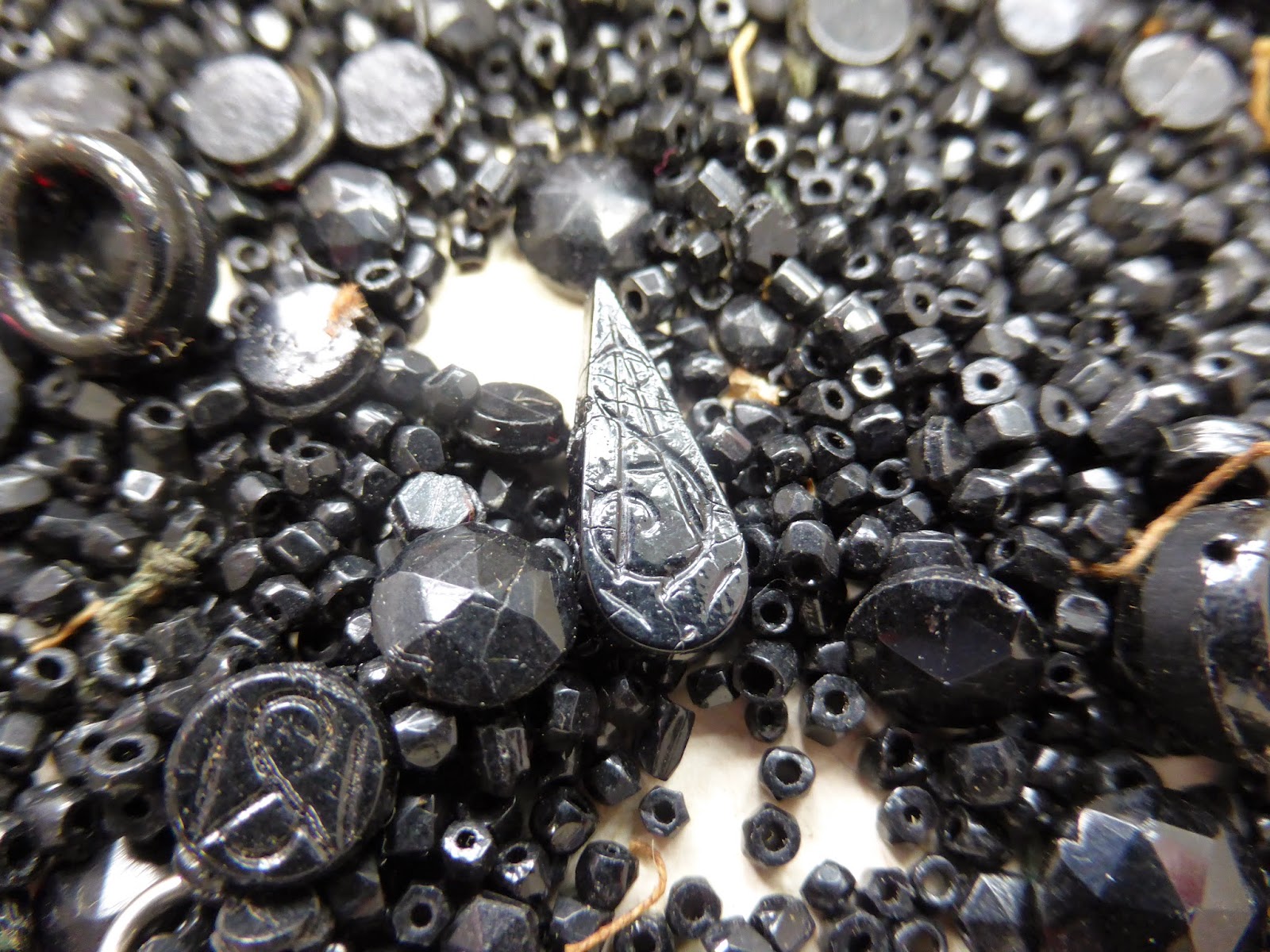 As kaftan wearing ex (ish) hippy mothers are wont to do she engaged the said jeweller in conversation, it would appear mainly about moi.
"Ooh my daughter would love your studio.... She's just finished studying at London College of Fashion.... She makes costumes.... She has done some amazing (it wasn't) beading at college."
etc etc etc
You know that thing that mothers do.
I take pleasure in the fact that one day my boys will cringe in exactly the same way as I used to do when I tell perfect strangers just how wonderful they are.
Any way to cut a long story sideways, the jeweller, possibly just to shut the mad old woman up and get on with stringing beads on to leather thongs said
"ooh I have something your daughter would love then"
And presented Mum with and old box full of jet beads from old broken Victorian mourning jewellery. 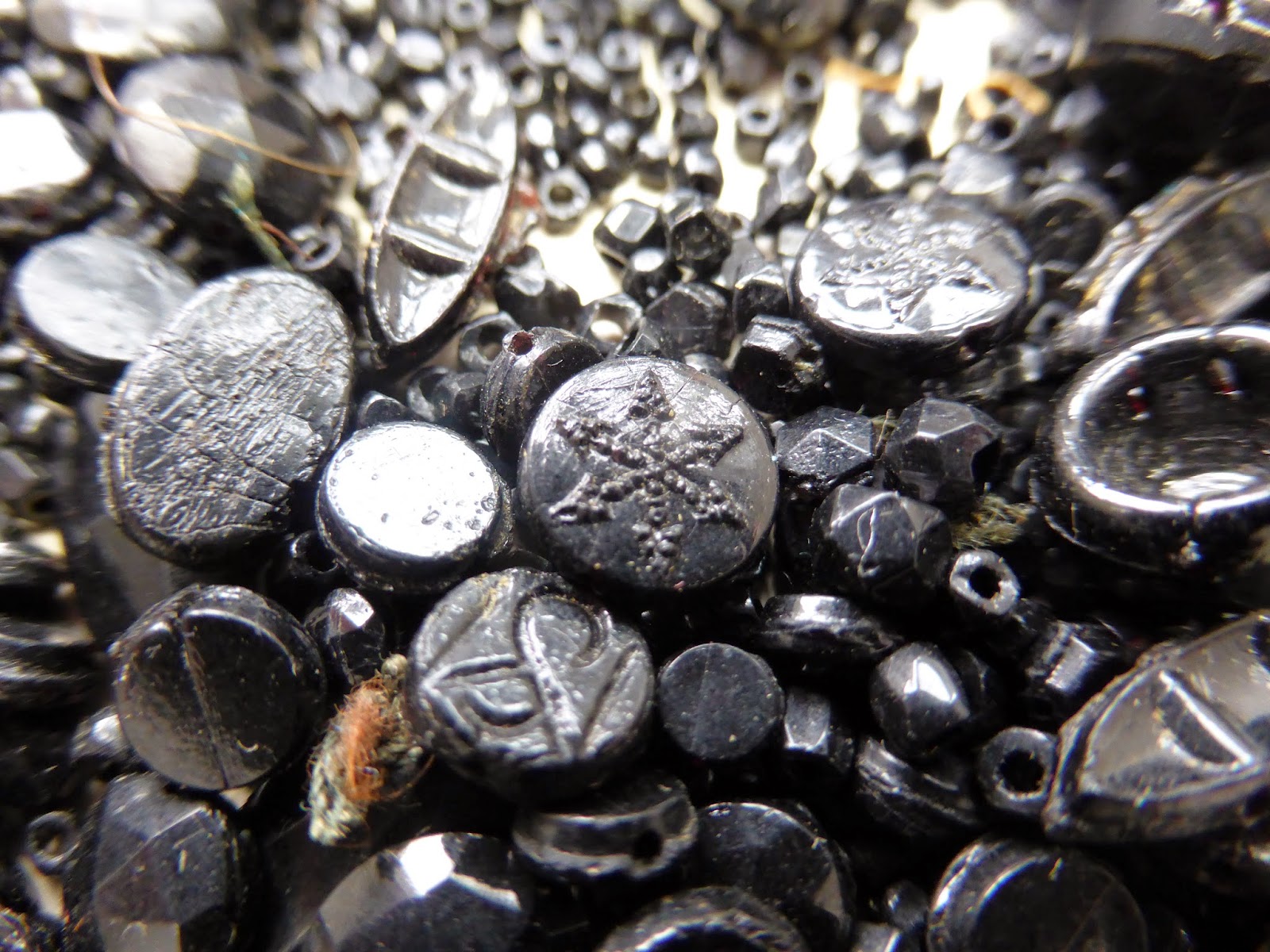 Fast forward 20+ odd years and after a mild bit of swearing and rummaging I emerged triumphantly from the dustier regions of the workroom with exactly what the current Glamorous Assistant needed to repair the crumbly braid and thus finish the costume.
And the moral of this story is boys and girls...
Hoarding does pay its way.
Love Nora xxxx
Email Post
Labels: beads family history jet mothers