NORA DOES HER BIT FOR THE ENTENTE CORDIALE. 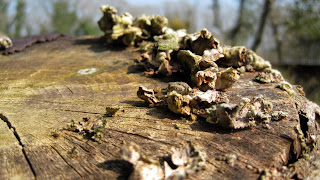 Joyous memories of being part of the Anglo French Trampolining squad
started to fade and were then left in tattered rags fluttering in the breeze,
to be replaced by a feeling of stress and disquiet. 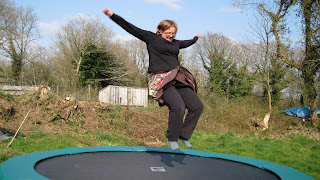 meant there was no air travel in Northern Europe.
Sod Northern Europe, me, I , Nora, that's me, I need to get home.
I've had a fantastic holiday staying with the extended Flaming family in Brittany.
But now I've no clean undies left and I want to see Rover the cat. 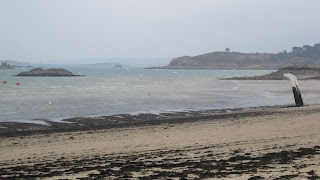 Visions of living in a bivouac on the beach while the Flaming Hippie, hindered by the Ginger Ninja and his side kick, build a coracle out of string,
seaweed and shells is foremost in my mind.
Paddle harder darlings I can nearly see Portsmouth Harbour.
But then the Flaming Hippie sidled up to me and whispered something in my shell like ear.
Something that set my heart a racing and my knees a trembling.
Something that even now one week later quickens my pulse.
"Aren't you glad we chose the Ferry and not Ryan Air?"
And so ended the Flaming families adventure en Francais.
A week before we had left the afore mentioned Portsmouth Harbour
and set off for St Malo.
Then followed a couple of hours drive until we arrived in the middle of nowhere.
Bonjour Papa!
(if only I was called Nicole, boy could I have run with that one)

My Flaming Dad and his family live in a village so small it wasn't on the map, it has one road in and if you are lucky, know Pierre, and admire his onions, one road out.
So I was looking forward to having no computer, no mobile and no where to go.
Just a week of lazing about eating, drinking, eating, snoozing, finished off with a few snacks and a glass or two of sparkling wine.
However mon petit soeur (30 years petit) had other ideas.
To her credit she gave me roughly 24 hours to persue my chosen activities before she dropped her bombshell.
"Can you teach me to sew? Please? Please? Please?
I REALLY want to know how to do it.
PLEEEEEEEEEEASE?"
So while the others were off Goat feting 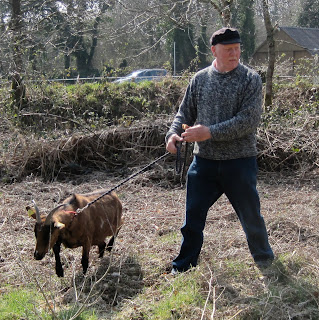 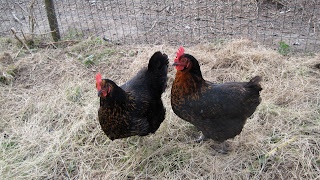 Lilliana Banana and I sat down at the kitchen table with a pile of odd socks and
the innards of a discarded cushion
and began to create. 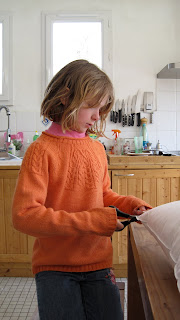 Soon you couldn't step out side with out being assaulted by strange critters. 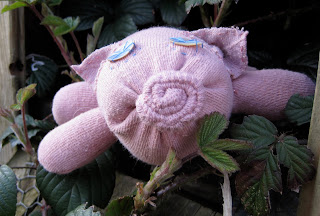 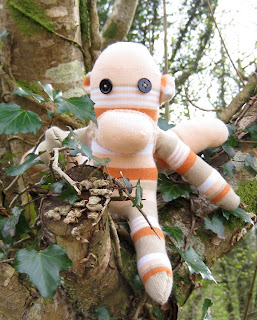 There was defiantly something naaasty in the woodpile. 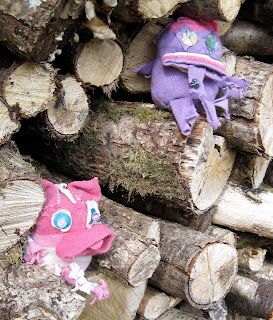 The strangest things were occurring,
not even a trip to the beach was uneventful. 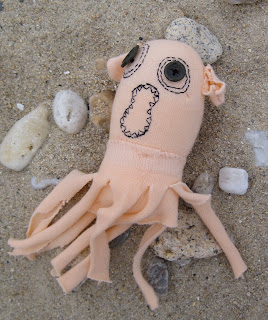 We made an amazing discovery.
The abominable snowman does exist, but due to the shrinking ice caps
it would appear he has taken up residence in my old pop's freezer. 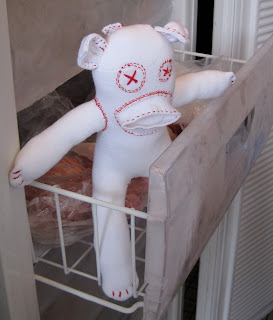 We even managed to resurrect the cold body of Lilian's Mama Karen's rickety old sewing machine, and spent a pleasant afternoon creating "things".
But please don't think I spent the whole week grafting away.
No no oh no.
We managed to slip away one afternoon to pursue that most British of pastimes,
the cold, windswept picnic in the sand dunes, shivering slightly, warmed only by the hot air created by 4 whinging children.
Family outings are always such fun. 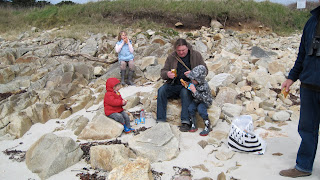